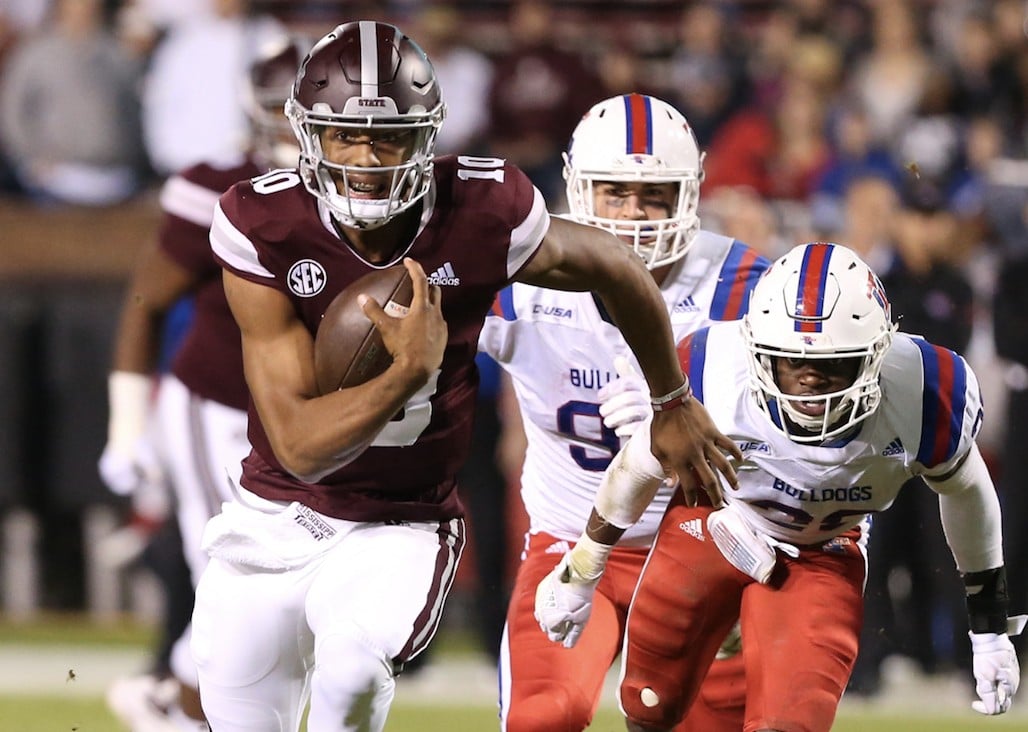 When grad-transfer Tommy Stevens was named Mississippi State’s starting quarterback ahead of their season opener, junior Keytaon Thompson stepped away from the team and decided to enter the NCAA transfer portal.

After the Bulldogs won their season opener on Saturday, head coach Joe Moorhead met the media on Monday and announced that Thompson won’t be on the move after all.

“I met with KT yesterday, which was probably our fourth or fifth meeting throughout the past seven days. We talked and he decided that he had explored his options after entering the [transfer] portal and decided it was in his best interest as a student-athlete and for us as a team for him to return. KT sat in the team meeting yesterday, went through practice and will get it cranked back up on Tuesday,” Moorhead said.

Upon his return, Thompson was reportedly listed as the backup QB heading into Saturday’s matchup with Southern Miss.