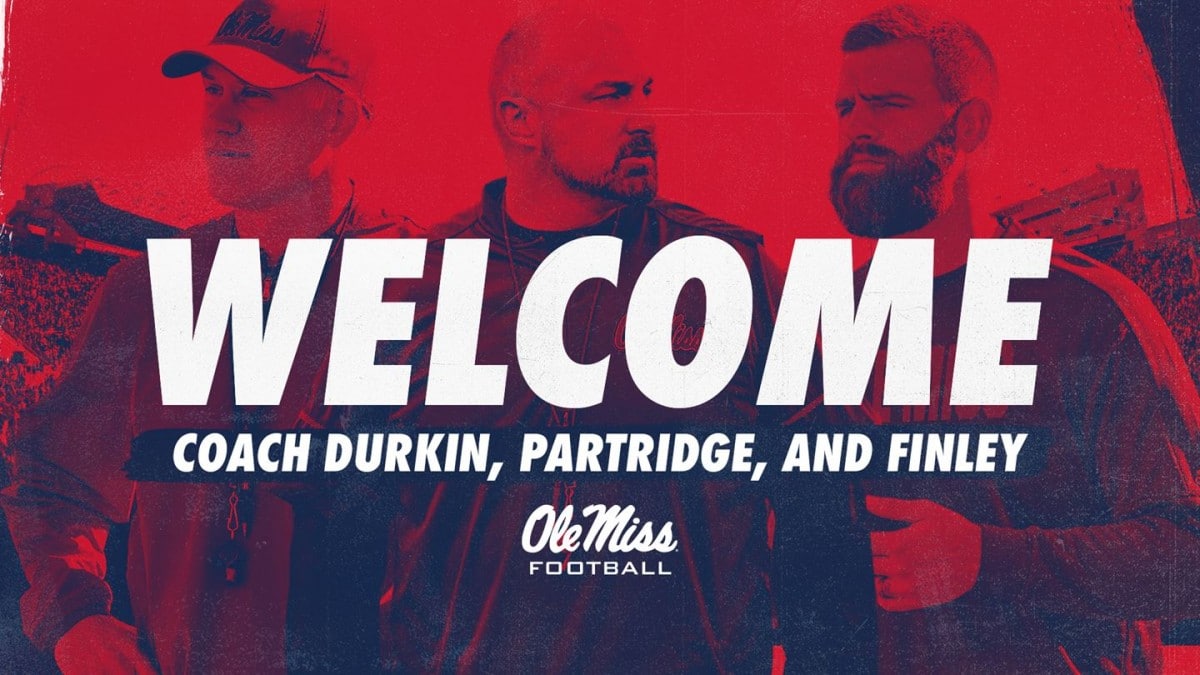 Lane Kiffin has added three assistants to his staff at Ole Miss.

While specific roles have not been confirmed, Durkin and Partridge will reportedly share defensive coordinator duties, meaning that DC Mike MacIntyre will not return in 2020.

Durkin spent the 2019 season as a consultant for the Atlanta Falcons after he was fired from Maryland following an investigation into the death of OL Jordan McNair, who died from a heatstroke during practice in 2018. Durkin was reinstated after the investigation, but he was fired as public backlash ensued.

A news release from Ole Miss Athletics outlined the recruiting prowess of both Durkin and Partridge. At Maryland, Durkin signed consecutive top-30 signing classes for the first time in program history in 2016 and 2017. Partridge was named National Recruiter of the Year by Scout in 2016 and received the same honor from 24/7 Sports in 2017. He was ranked a top-five recruiter again in 2019 by 24/7.

Prior to becoming the head coach at Maryland, Durkin served as the defensive coordinator and linebackers coach at Michigan. In 2015, the unit ranked 4th in the country while limiting opponents to 17.2 points per game with 3 consecutive shutouts.

Partridge just finished his fourth full season as special teams coordinator at Michigan and his second year as safeties coach with the Wolverines after mentoring the linebackers in his first two years on staff. Partridge also served as the Wolverines’ director of player personnel in 2015 when Durkin was Michigan’s defensive coordinator.

Finley, a former NFL tight end, spent the 2019 season as the TE coach at Texas A&M after spending three seasons at Missouri. During his time with the Tigers, Finley coached 2018 Mackey Award finalist Albert Okwuegbunam. Finley was a standout TE at Oklahoma from 2004-2007.