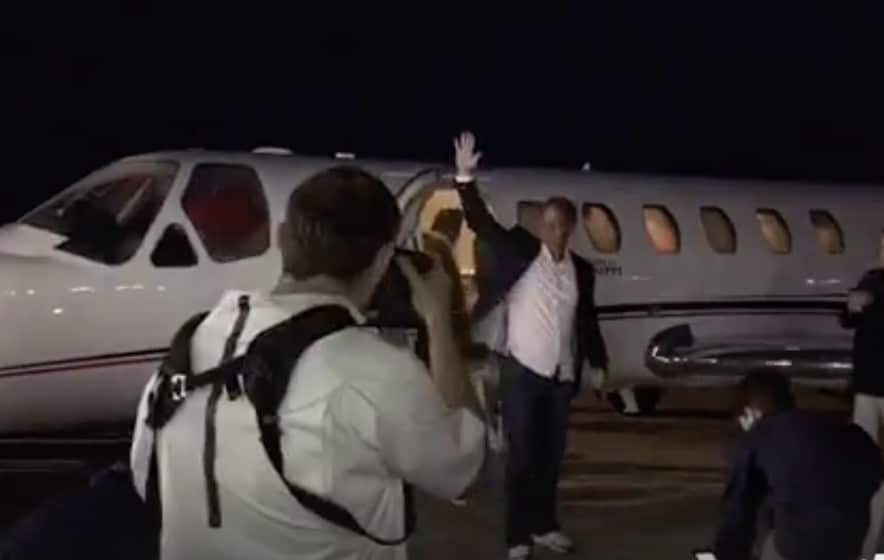 Lane Kiffin has arrived in Oxford.

When Kiffin landed around 5:30 this afternoon, fans were lined up on the tarmac at the Oxford-University airport to greet the 39th head coach in Ole Miss history.

Kiffin will be introduced on Monday at the Pavilion during an event that is open to the public at 1 p.m.

After two C-USA championships in three seasons at Flordia Atlantic, Kiffin was chosen to replace Matt Luke, who was let go following the Rebels’ 4-8 2019 season.

Prior to his time at FAU, Kiffin spent three seasons reinventing his image as the OC at Alabama following his departure from USC. This will be Kiffin’s second head coaching job in the SEC after spending the 2009 season at Tennessee. He also spent 1+ season as the head coach of the Oakland Raiders. When he took the job in 2007, he was the youngest NFL head coach since 1946 at 31-years-old.