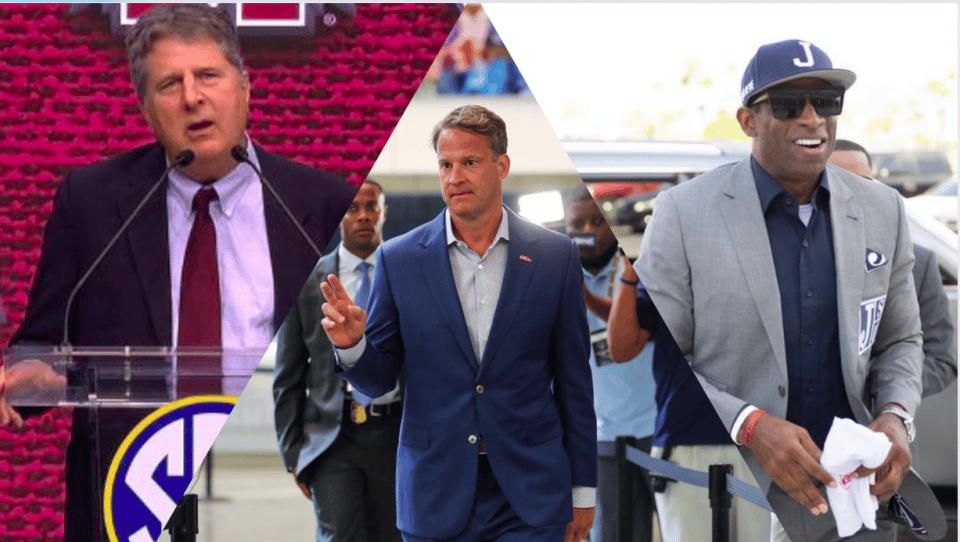 Jackson State head coach Deion Sanders has been a hot topic at SEC Media Days as reporters from all over the southeast are eager to know if Ole Miss or Mississippi State have any plans in place to play the Tigers in the near future.

While Mississippi State’s non-conference schedule is set for the next three seasons, Bulldogs head coach Mike Leach – who’s quite familiar with Sanders and his staff – said that he wouldn’t rule out a possible matchup.

“I think it’s possible,” Leach said. “We don’t have anything scheduled that I’m aware of. Of course, on my staff, Tony Hughes used to coach at Jackson State, and I know a bunch of those guys on the staff. They do a very good job. Coach Sanders is a blast if you know him. I mean just talking to him is fun.”

On the other hand, Ole Miss and Jackson State have never faced off on the gridiron. However, Rebels head coach Lane Kiffin isn’t opposed to the idea.

While Kiffin is open to playing the Tigers, the matchup is unlikely to occur any time soon as Ole Miss’ non-conference schedule is set until 2027.

Full list of Mississippi players selected in the MLB Draft