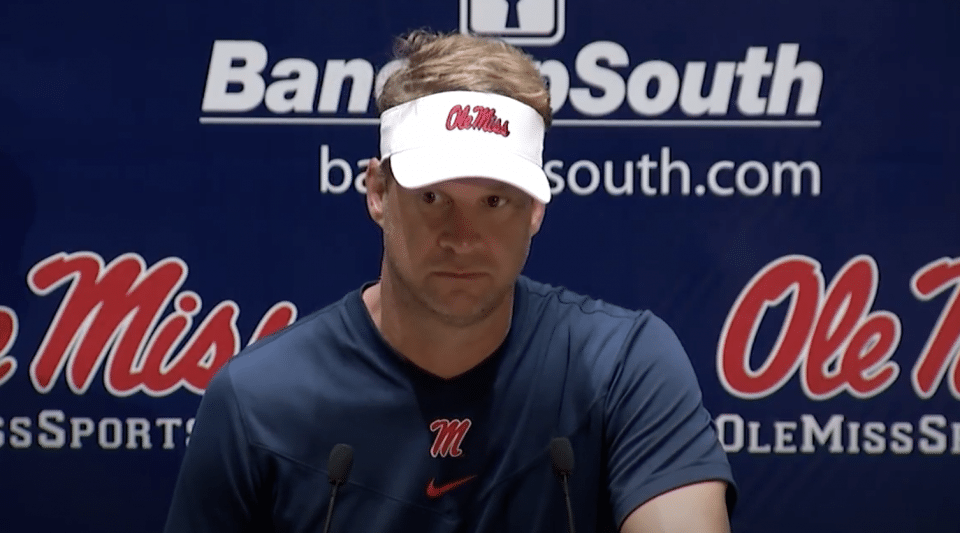 When Ole Miss travels to Atlanta for Monday’s season opener against Louisville, they’ll be without their head coach.

Lane Kiffin announced this morning that he, despite being fully vaccinated, has tested positive for COVID-19 .

In early August, Ole Miss became the first program in all of college football to reach 100% vaccination status. Kiffin appeared on College Gameday this morning and stressed the importance of the vaccine as, so far, no other positive cases have been reported. With the entire team vaccinated, close contacts, which Kiffin said would include quarterback Matt Corral, will not have to sit out.

Monday’s Chick-Fil-A Kickoff from Atlanta gets underway at 7 p.m. at Mercedes-Benz Stadium.

Beware of scammers as you recover from Hurricane Ida