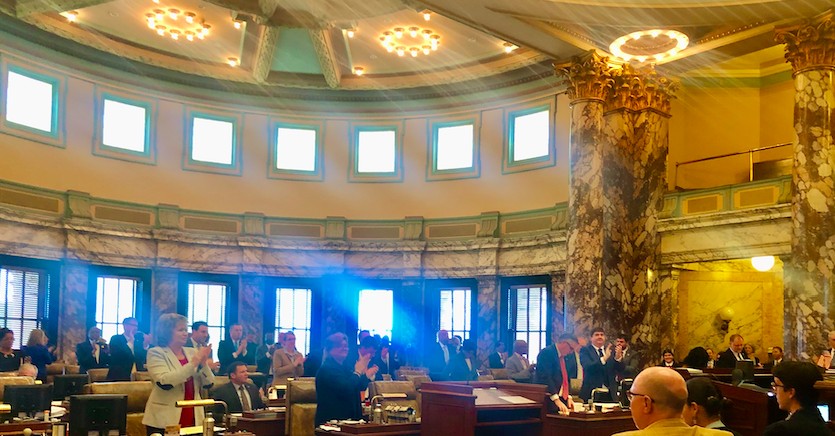 Major raises to Mississippi elected officials have been approved in both the House and Senate with the passing of House Bill 1426 on Monday.

Raises as large as $60,000 are included in the newest pay raise bill for certain elected officials despite a previous legislative pay raise bill dying on the Senate calendar in February.

The now-dead Senate Bill 2794 would have given an initial raise of $6,000 to lawmakers in both chambers with an additional pay bump of $4,500 for the following three years, with some mention of the bill during the Senate floor meeting Monday.

Senator John Polk (R-Hattiesburg) explained that the newly proposed bill would raise the annual salary only for specific positions starting in 2024 with increases recommended by the State Personnel Board based on other salaries in the region.

Several legislators expressed their disapproval of the bill with Senator Charles Younger (R-Columbus) saying that he “feels like a stepchild” regarding how the raise would not go to the legislators themselves.

“Was there any discussion regarding the rationale asking of why a pay raise for legislators would not be included?” Senator Sollie Norwood (D-Jackson) asked, following Younger’s statement.

Polk answered, reminding the Senate of the previous SB 2794, “To my knowledge, there was not a discussion. If you remember, we did have a situation earlier this year to try to give us some relief. That failed.”

Despite the discontent from several lawmakers, the state elected official pay raise bill passed 86-17 in the House and 47-3 in the Senate and is waiting at the desk of Governor Tate Reeves.