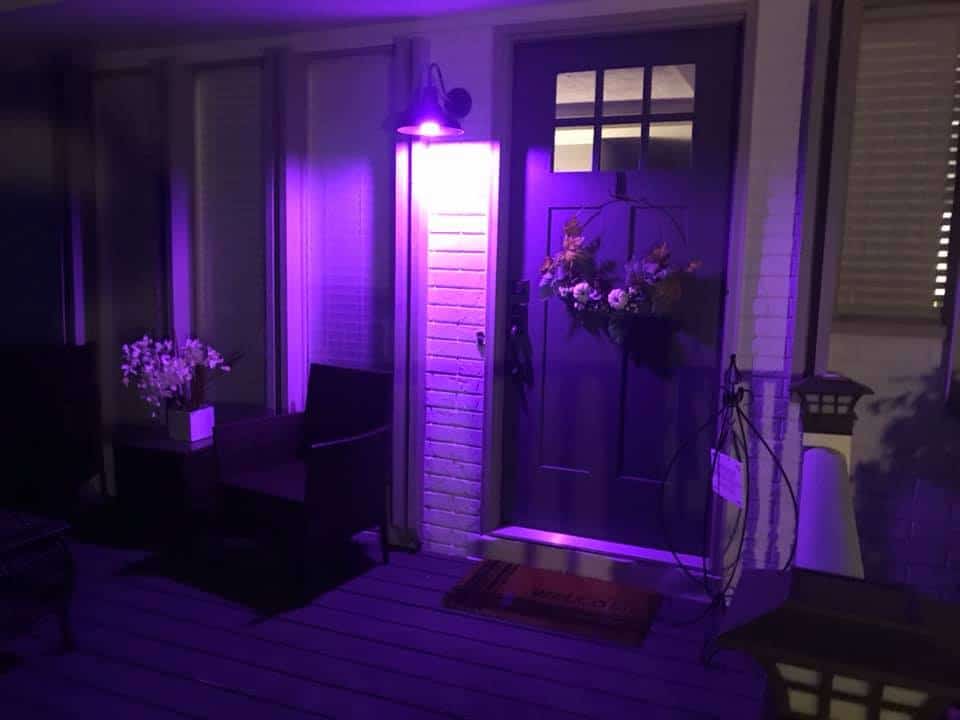 October marks Domestic Violence Awareness month.  Marsy’s Law for Mississippi is encouraging Mississippians to take part in its Light Your Porch Purple Campaign. Residents and businesses alike are encouraged to light their front porch in purple lights to show victims of domestic violence that they are not alone.

Marsy’s Law is named after Marsalee (Marsy) Ann Nicholas, who was stalked and killed by her ex-boyfriend in 1983. A week after her murder, Marsy’s mother was confronted by her daughter’s murderer in a grocery store. Having received no notification from the judicial system, the family was unaware that he had been released on bail mere days after the murder. Marsy’s family, and others, have faced pain and suffering since the courts and law enforcement are not obligated to keep them informed.

While criminals have more than 20 individual rights spelled out in the U.S. Constitution, the surviving family members of murder victims have none. Marsy’s Law for All seeks to amend the Mississippi constitution to ensure that crime victims have the same co-equal rights as the accused and convicted.

According to the National Coalition Against Domestic Violence, anyone can be an abuser. They come from all groups, all cultures, all religions, all economic levels, and all backgrounds. They can be your neighbor, your pastor, your friend, your child’s teacher, a relative, a coworker — anyone. It is important to note that the majority of abusers are only violent with their current or past intimate partners. One study found 90% of abusers do not have criminal records and abusers are generally law-abiding outside the home.

What Traits Do Abusers Have in Common?

There is no one typical, detectable personality of an abuser. However, they do often display common characteristics.

What Are the “Warning Signs” of an Abuser?

Red flags and warning signs of an abuser include but are not limited to:

Thunder & Lightning: Is It What Mississippi State or Alabama Does That Determines Saturday’s Winner?

Starkville golf cart/LSV rules are changing, but MSU’s rules are not ─ particularly on game days