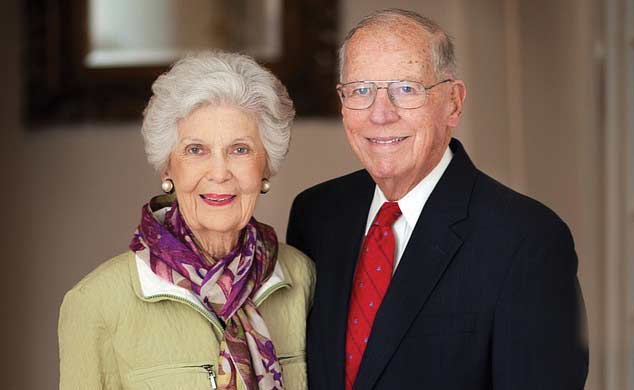 On Tuesday, May 3, the Mississippi Department of Archives and History (MDAH) will be celebrating the lives of Governor William Winter and First Lady Elise Winter at the Two Mississippi Museums in Jackson.

William Winter, who passed away at the age of 97 in December 2020, served as Mississippi’s 58th governor from 1980-1984. He was later appointed to Clinton’s National Advisory Board on Race.

The Grenada native is remembered mostly for the Education Reform Act of 1982, which is widely considered the most significant piece of education legislation since the establishment of the state’s public school system in 1870.

Joining the MDAH board in 1957 and serving as president for almost four decades, Winter’s greatest legacy, according to the department, was convincing state leaders of the need to open the Two Mississippi Museums in 2017. He was also instrumental in attaining the necessary funds to go on with the project.

During the opening ceremony of the museums, Winter said, “These museums will challenge all of us to have a better understanding of where we have come from, and then inspire us to work harder to find our common ideals and goals. We will find that we have much more in common than what might appear to divide us.”

Winter also oversaw the opening of the Eudora Welty House, the restoration of the Old Capitol, and the construction of the current archives building, which fittingly bears his name.

Throughout William’s political career, Elise Winter avidly campaigned for her husband while also serving as a trusted advisor and policy advocate to William.

Elise also advocated for the improvement of living conditions for imprisoned individuals, worked to increase funding for correctional institutions in Mississippi, and campaigned for the implementation of a family visitor’s center at the Mississippi State Penitentiary at Parchman and a separate prison for women in Pearl.

On top of her work as First Lady, Elise dedicated her life to helping others, constructing more than 600 homes in the Jackson metro area for those in need through her founding of the capital city’s chapter of Habitat for Humanity. Elise was recognized for her commitment to volunteer service during the 2015 Governor’s Initiative for Volunteer Excellence Awards.

“With Elise Winter by his side, Governor Winter enjoyed a remarkable political career, but his commitment to public service extended well beyond electoral office,” MDAH director Katie Blount said.

As more details about the celebration come available, they can be found on mdah.ms.gov.