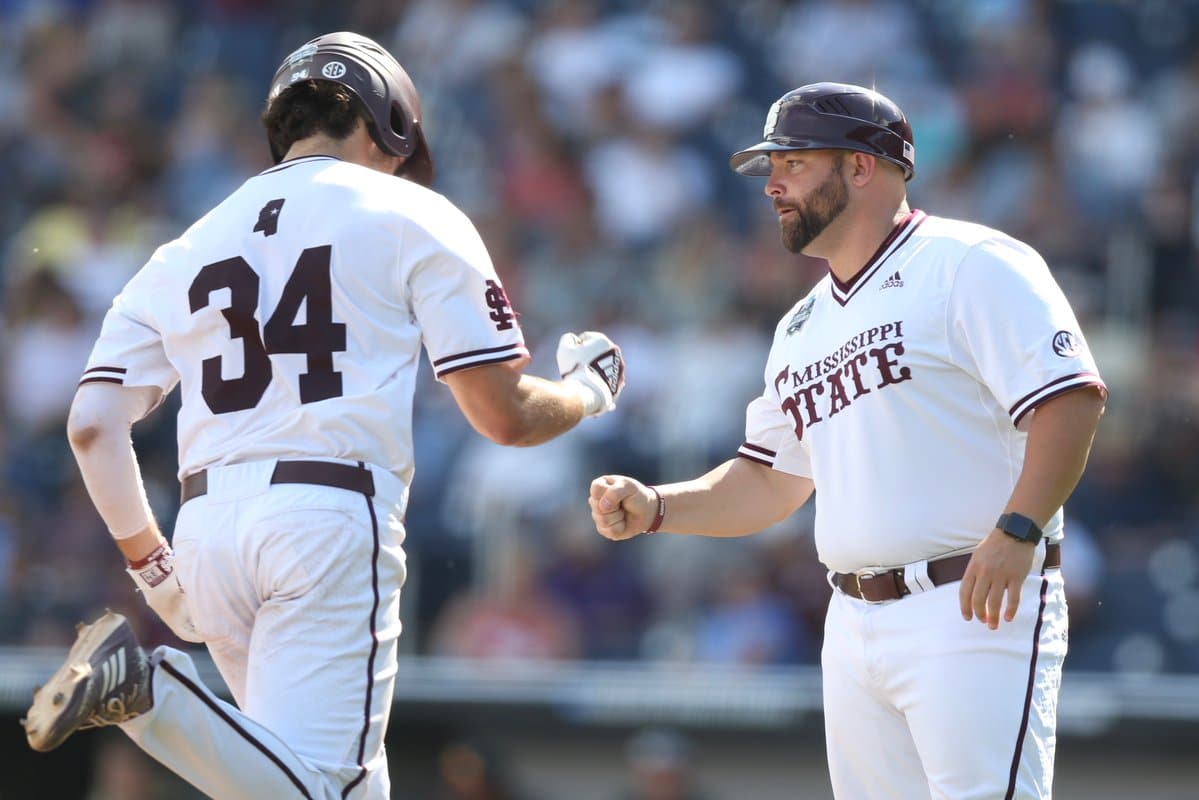 Mississippi State will face an uphill climb to the College World Series national final series, as the Bulldogs could not solve Vanderbilt freshman ace Kumar Rocker, and gave up two home runs to the Commodores’ Stephen Scott in a 6-3 loss in Omaha on Wednesday. State now faces the unenviable task of winning three games in three days if they want to stay alive, starting tomorrow against Louisville in an elimination game.

Bulldogs get on the board but Rocker buckles down with his sixth strikeout.#VandyBoys 6, Mississippi State 1 pic.twitter.com/ZpZDrV6zZB

Coming off his incredible no-hit, 19 strikeout performance in the Super Regional, you could have forgiven Vandy freshman star Kumar Rocker had he not had his best stuff today. Instead, you saw why Rocker will likely be a top five draft pick when his time comes, as he stifled the Bulldogs for one run on five hits, striking out six while only walking one. MSU simply could not string anything together against Rocker, and when he did let runners on, he worked around them. Rocker is likely the best pitcher in this entire competition behind Ethan Small, and he certainly did deliver when his team needed him most.

Even after Rocker departed, State was only about to get within 3 runs, and once Vandy closer Tyler Brown entered the game, State only mustered one more hit in the final 2.1 innings. The Bulldogs just have not been good offensively here in Omaha outside of Sunday’s ridiculous ninth inning. Looking back through the postseason, in five games against SEC competition, MSU has scored 16 runs, compared to 37 runs in five games versus teams outside the conference. They’ll have that luxury again tomorrow, but against a dangerous Louisville team.

Next Up ➡️ Cards vs. Dawgs

Former teammates and best friends will go head to head, as Chris Lemonis will do battle with Dan McDonnell to stay alive here in the College World Series. First pitch is set for 7 PM, and the Bulldogs will have their true freshman All-American JT Ginn on the hill, his first action since leaving the regional against Southern early with arm trouble. It’s win or go home time for the Bulldogs, a place they found themselves many times in the 2018 postseason, but for the first time this summer. Should State win, Coach Lemonis told me that he would not go back to Ethan Small in the rematch against Vanderbilt, saving him for a potential win or go home game against the Commodores.