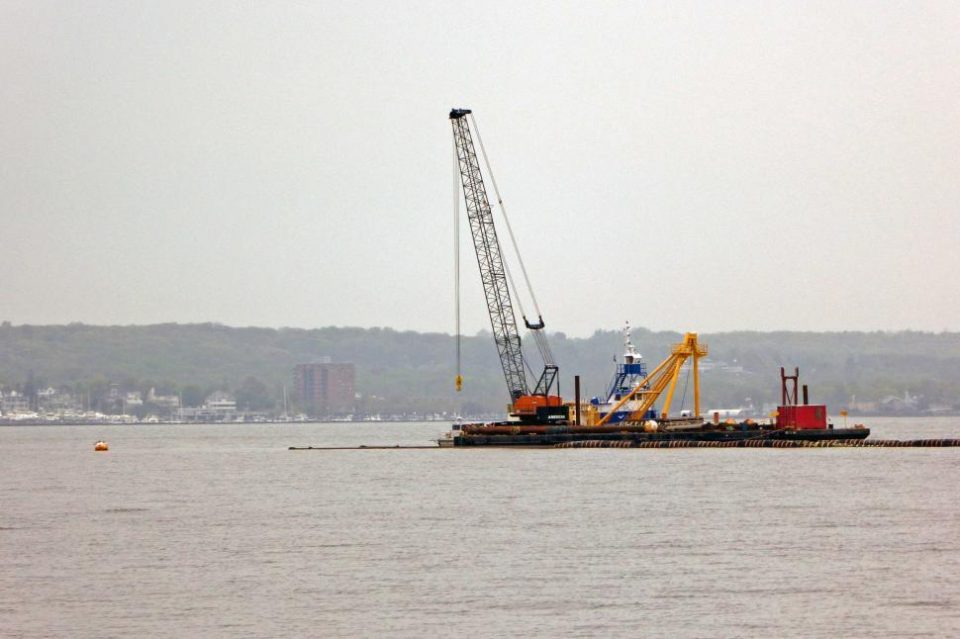 The winds and storm surge from Category 4 Hurricane Ida packed a punch, and not just on land.

“The river actually flowed backwards at a significant pace all the way into Baton Rouge,” Austin Golding told SuperTalk Mississippi this morning.  The President of Golding Barge Line says it flowed north for hours at a significant rate.  Since the fleets aren’t moored for that, hundreds of barges and dozens of towboats ended up loose in the Mississippi River, and several sank.

The Coast Guard had confirmed over 350 incidents as of Friday, and that number is expected to rise.  “I would guess it’s going to be over 500 pieces of equipment that were heavily damaged,” Golding continued.

Ida destroyed a 450-foot transmission tower on the West Bank, resulting in a loss of power for close to 1-million customers.  Crews from Entergy detonated the lines still attached to a companion tower on the East Bank over the weekend.  “The power line is actually laying in the bottom of the river before they recover it.  So it’s in the river right now but it’s not powered and it’s completely demolished.  Before that, the lines had been impeding traffic along the river.

Two more storm-related deaths were confirmed in St. Tammany Parish today.  A 68-year old man fell off a roof repairing storm damage.  A 71 year old woman passed away from a lack of oxygen during an extended power outage.  That brings the death toll in Louisiana from this devastating hurricane to 15.