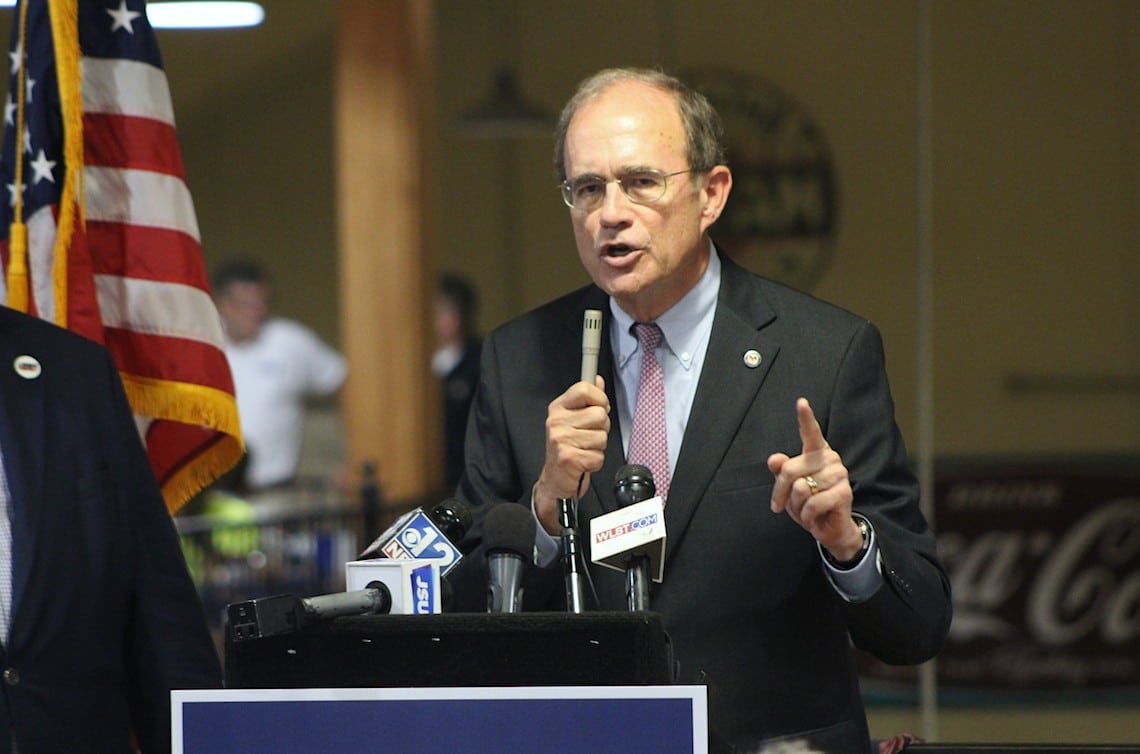 As crime continues to surge in the city of Jackson, Lt. Governor Delbert Hosemann outlined a couple of measures on Thursday’s edition of The Gallo Show that lawmakers plan to take during this year’s legislative session.

Increase the number of capitol police officers and expand their jurisdiction

Legislators do not have any control over the Jackson Police Department. However, they do fund Capitol Police, a unit of the Mississippi Department of Public Safety that helps protect areas around government buildings and other neighborhoods near downtown.

Currently, Capitol Police have around 105 officers. Hosemann is optimistic lawmakers will vote to increase that number to 150 while also considering expanding the department’s jurisdiction.

“I recently met with Bo (Luckey), who is the Capitol Police chief, and also with (DPS Commissioner) Sean Tindell,” Hosemann said. “We’ll go to 150 police officers, and we’ll probably expand their jurisdiction throughout all of Jackson, so they can work with the local authorities without having zones that would complicate matters.”

Although Mississippi has the highest incarceration rate in the nation, Hosemann said a bulk of criminals in Jackson are able to avoid punishment in large part due to the city’s jail not currently being staffed.

“It is empty. Right now. Today. Our policemen are having to drive all the way to Raymond, which has already been taken over by the federal government,” Hosemann said. “There’s nobody working at the jail here. So, we’re letting people off that are committing crimes, just letting them go down the street, particularly on misdemeanors or anything like that. There is basically no immediacy justice at all outside of murder.”

To put a stop to these often-called “catch-and-release” policies, Hosemann wants to see lawmakers enact mandatory sentencing laws not only in the city of Jackson but across the state.

“You will see mandatory sentencing coming from me this year. I’m sick of kids carjacking cars here or anywhere in the state of Mississippi,” Hosemann continued. “I have seen people who had carjacked other people that had like five years with five years suspended and never spent one frickin’ day in jail.”

Jackson, coming off its third year in a row with triple-digit homicides, is considered one of the most dangerous cities in America. The full interview with Lt. Governor Delbert Hosemann can be watched below.