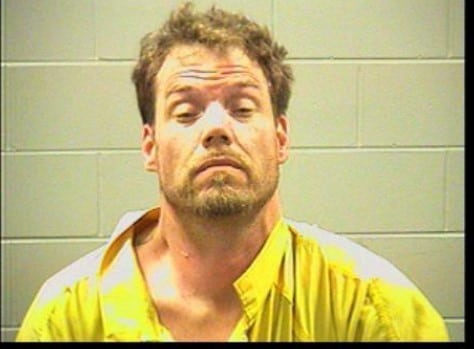 A Lucedale man that was wanted for failing to register as a sex offender is now accused of injuring a deputy during an early morning pursuit Sunday.  44-tear-old Terry Alan Erwin was suspected of using counterfeit money at a store off Highway 63 in the Wade Community.  When the deputy arrived, Erwin was sitting in his car.  When asked to exit his vehicle, Erwin took off, running over the deputy’s foot.

Erwin eventually wrecked his car on Big Point Road reservoir bridge and jumped into the water. The Northeast Fire Department launched a boat into the water and Erwin was caught.

Erwin is charged with felony pursuit and felony assault on a police officer. During a court hearing Monday afternoon, Judge Mark Watts set bond at a total of $200,000 for those charges. However, Erwin won’t be able to make bond because the judge revoked his bond on the sex offender charges.

Erwin is also wanted by Mississippi Department of Corrections on an outstanding unrelated warrant.

Thunder & Lightning: What Should Santa Claus Bring to Mississippi State?

Children’s book published about Biloxi High Schooler with Down syndrome