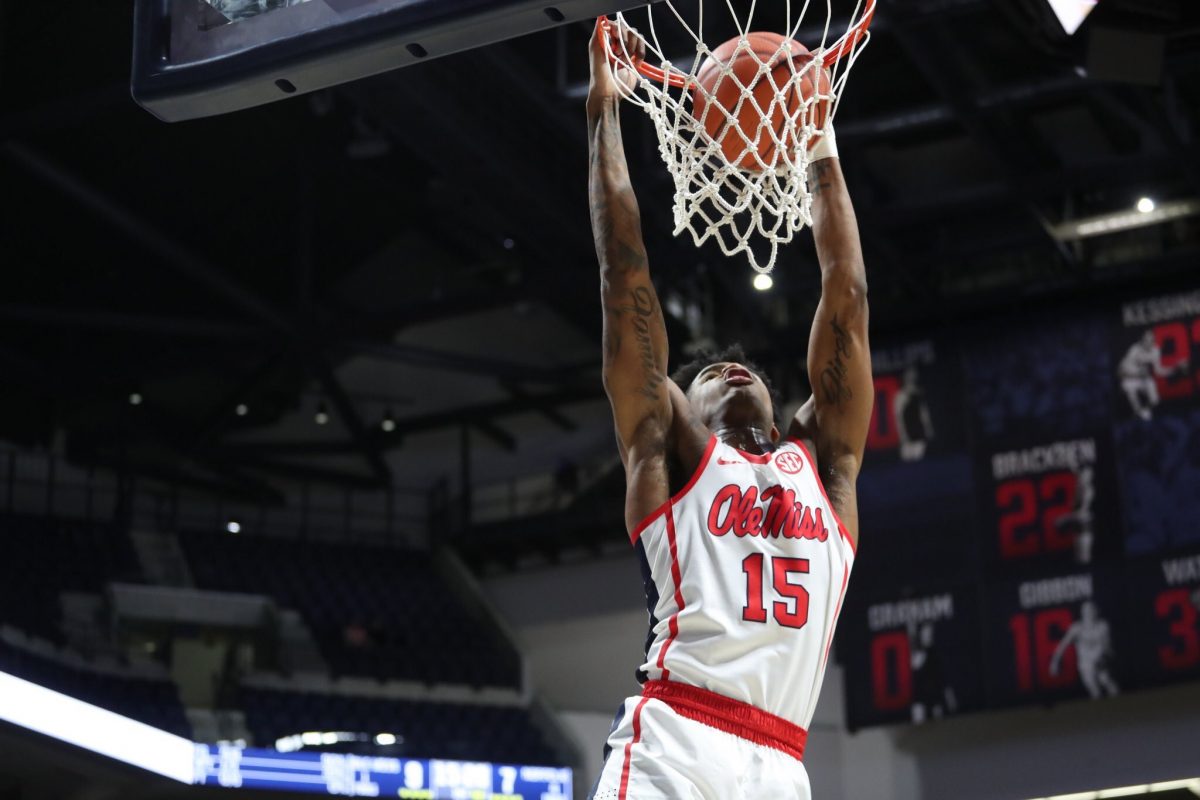 Rodriguez has been sidelined for over a month with a foot injury he suffered in shootaround before the Rebels’ win over Penn State in Brooklyn on November 27.

“He got a great report at the doctor and is two weeks ahead of schedule,” Davis said. “But he is still in a boot. I think it is going to be long shot for Luis to play. I think he could play at the end of year, but I don’t know if that is the right thing to do.”

Rodriguez had surgery two days after the injury and the original timeline for his return was eight weeks. As Davis mentioned, Rodriguez will likely be healthy enough to return at some point before the season ends. But is a handful of games in February and March worth losing a year of eligibility for both Rodriguez and the program?

“I think the right thing to do for him is to redshirt,” Davis said. “That is my gut feeling right now. He hasn’t done anything. Luis’ advantages are physicality, toughness and rebounding. Those things take a while so I think we will be very careful with Luis.”

Rodriguez averaged 5.8 points and 5.2 rebounds in the five games he played in this year. Ole Miss sorely misses his defense and toughness, as well as the depth he provides as a long, versatile wing with explosive athleticism.

Davis and senior guard Breein Tyree discussed the team’s loss to A&M, their offensive struggles and how they might right the ship against Arkansas on Saturday. Tipoff is slated for 5 P.M.