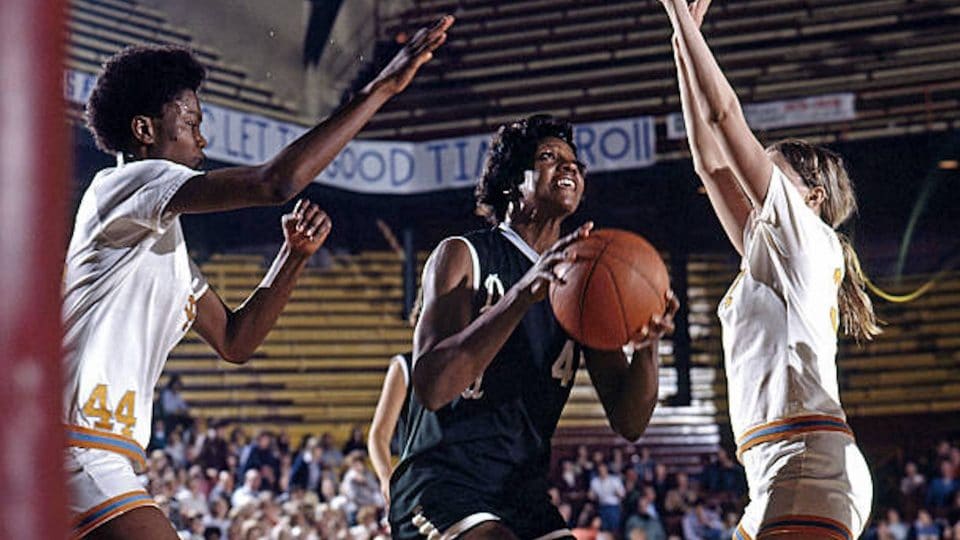 Basketball great Lusia Harris has passed away at the age of 66.

Harris, the first women’s basketball superstar of the modern era, was born in Minter City, Mississippi in 1955. After playing at Amanda Elzy High School in Greenwood, she went on to lead Delta State to three consecutive AIAW national titles from 1975-1977.

“We are deeply saddened to share the news that our angel, matriarch, sister, mother, grandmother, Olympic medalist, The Queen of Basketball, Lusia Harris has passed away unexpectedly today in Mississippi,” Harris’ family said in a statement. “The recent months brought Ms. Harris great joy, including the news of the upcoming wedding of her youngest son and the outpouring of recognition received by a recent documentary that brought worldwide attention to her story.”

Harris was a three-time All-American at Delta State before becoming the second-ever female selected in the NBA Draft when the New Orleans Jazz selected her with the 137th pick in 1977. Denise Long was drafted in 1969 by the San Francisco Warriors. The pick was later voided by the NBA. Thus, Harris was the first and only female officially drafted by the NBA.

Harris was selected ahead of 36 male players but never tried out for the team due to being pregnant. She later played briefly for the Houston Angels of the Women’s Professional Basketball League (WBL).

Post-playing days, Harris worked at Delta State before becoming the head coach at Texas Southern University. She was inducted into the Naismith Memorial Basketball Hall of Fame in 1992.

Her cause of death is unknown. The documentary on the life of Harris, titled “The Queen of Basketball,” can be viewed here.