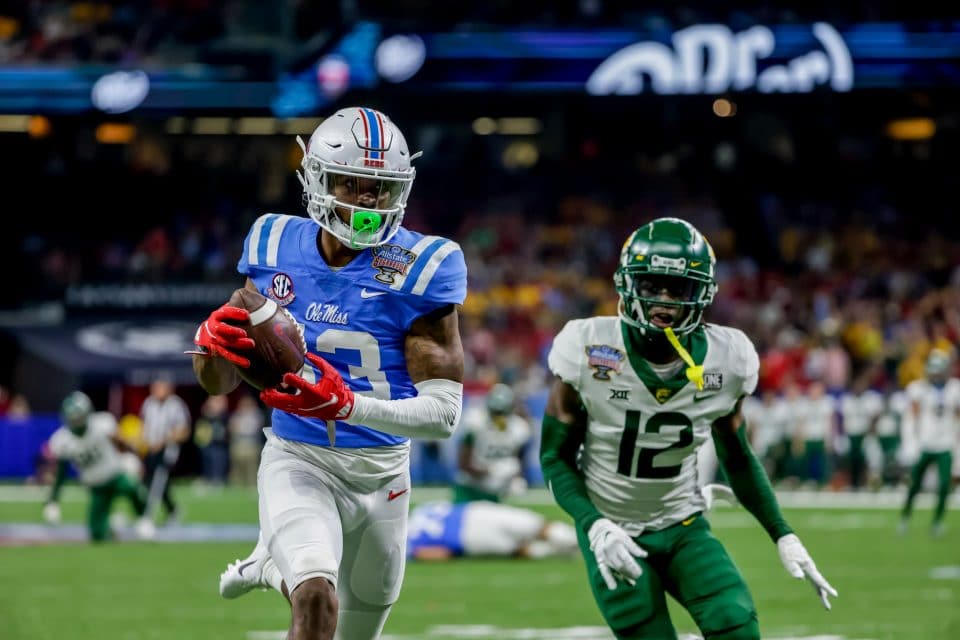 The game’s first drive resulted in an interception from Matt Corral, mirroring when Chad Kelly opened the 2016 Sugar Bowl with an interception. However, the rest of the game did not mirror 2016’s outcome.

Four drives later, Matt Corral went down with a lower-body injury and would not return (Good news is that all x-rays came back negative, according to head coach Lane Kiffin after the game).

Things didn’t start great for quarterback-in-relief Luke Altmyer when the former four-star threw an interception on his first drive. The interception was returned by Al Walcott for a 96-yard touchdown, giving Baylor a 7-0 lead that the Bears would take into halftime.

Altmyer gave Rebel fans hope in the third quarter when he connected with Braylon Sanders for a 37-yard touchdown, tying the game up.

Leading the offensive stat sheet for the Rebels was Dontario Drummond with nine catches for 104 yards. Jerrion Ealy had 65 yards on 12 carries, and Altmyer finished 15 of 19 for 174 yards, one touchdown, and two interceptions. On the defensive side of the ball, Chance Campbell had 10 tackles while Miles Battle had the only turnover for Ole Miss with a second-half interception.

Remembering when Betty White started off the ‘Hotty Toddy’ chant