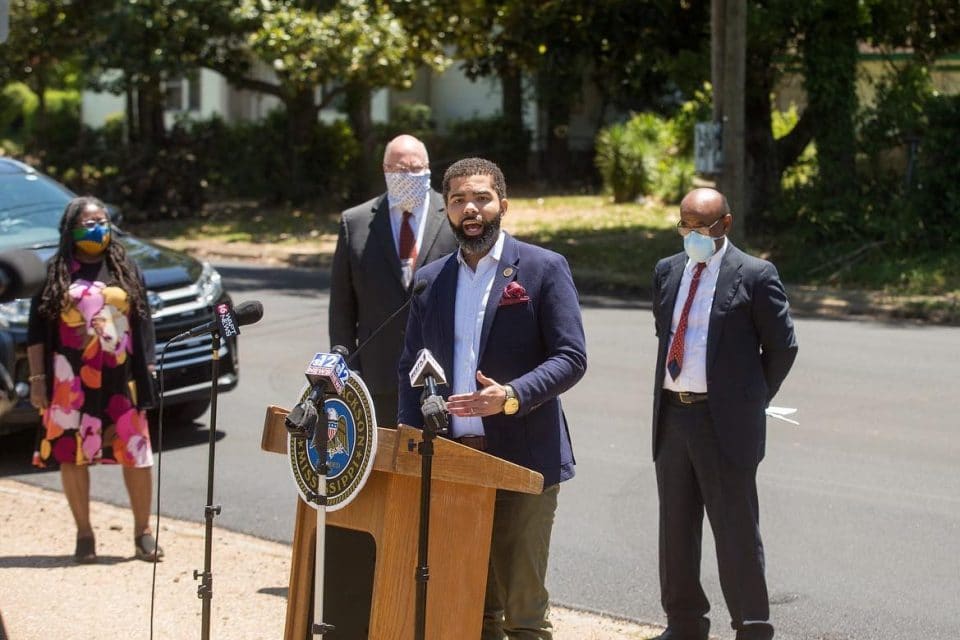 Photo courtesy of the City of Jackson/Facebook.

Jackson Mayor Chokwe Antar Lumumba released a statement on Monday regarding the recent allegations he made of bribery within the Jackson City Council.

Lumumba expressed his regret for the accusations he made between council members Kenneth Stokes and Ashby Foote but also addressed the comments made by the council to his chief of staff and city attorney.

Comments were made to Jackson Chief of Staff Safiya R. Omari Ph.D. on February 24 by Stokes during a council meeting regarding how she was not an elected official and could not direct the meeting. Omari responded to Stokes’ censored words during a press conference on February 28.

“Councilman Stokes has consistently shown his disdain for women in positions of power,” Omari said. “I watched him bully and disparage the work of the city attorney during the entire special meeting. It was my intention to address his unacceptable and unprofessional behavior.”

The city attorney, Catoria Martin, was voted into the position in late October 2021 by the City Council.

Claims of intimidation were also made during the most recent city council meeting on March 4, with the council accusing the mayor’s security of intimidation.

Lumumba made additional claims on Monday that he has seen intimidation occur on both sides and that he does not support it.

WLBT reported on Monday that Lumumba did not apologize to the City Council, but rather to the citizens of Jackson.

The City Council is scheduled to meet again on March 15 at 6:00 p.m. to discuss the waste disposal contracts that have fueled the dispute.