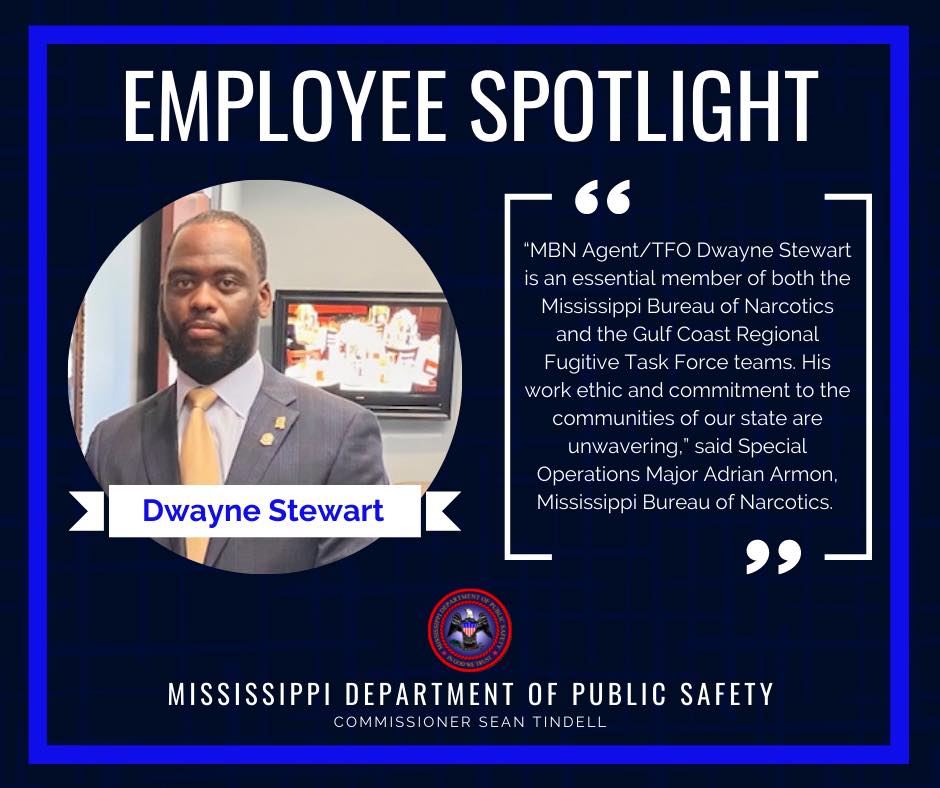 Smith was reportedly staying at the Hitching Post Motor Inn in Winona, Mississippi.

Upon arrival to the scene, Agents could hear screams coming from the hotel room within which Smith was believed to be located. Agents determined that Smith was holding a gun to his head and was unwilling to leave the hotel room.

Task Force Officer Dwayne Stewart, a Mississippi Bureau of Narcotics (MBN) Agent assigned to the GCRFTF, immediately assessed the volatile situation and began the process of strategic de-escalation. Within minutes, Stewart developed a rapport with Smith who soon tossed the handgun outside the door and calmly exited the room. Smith, who suffers from mental psychosis and was suspected of ingesting a harmful substance, was then taken to the hospital.

Tidell said, “Ultimately, Stewart’s wisdom and experience allowed him to stabilize a dangerous situation, resulting in a safe ending for all involved.”

MBN Special Operations Major Adrian Armon said, “Stewart is an essential member of both MBN and GCRFTF. His work ethic and commitment to the communities of our state are unwavering.”