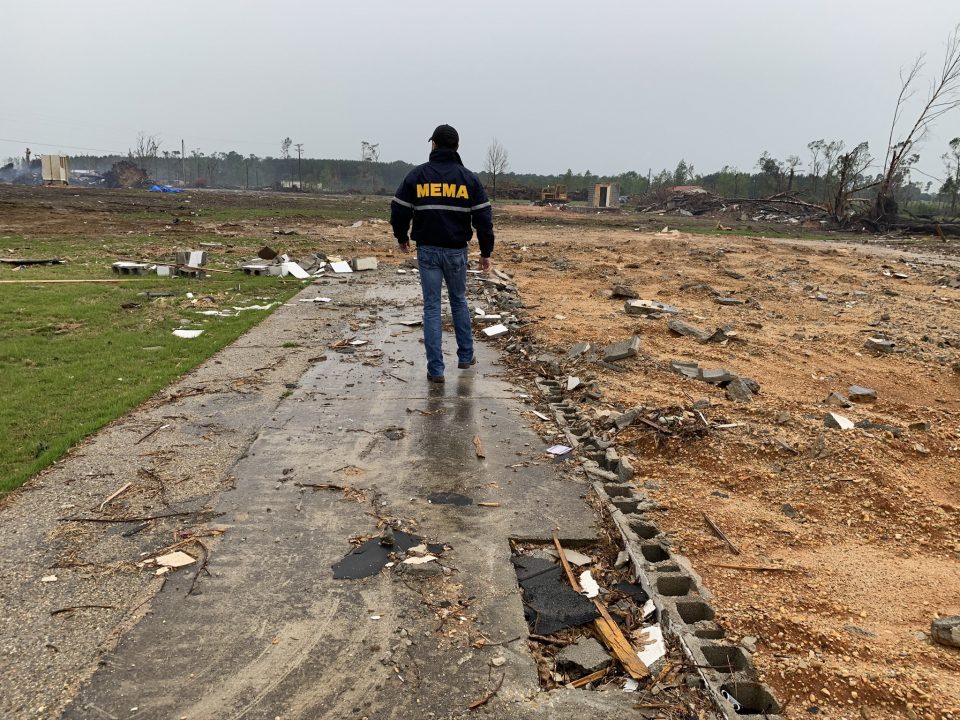 During today’s press briefing, it was announced that, after serving since June 2018, Colonel Greg Michel will retire from his role as the Executive Director of the Mississippi Emergency Management Agency.

He should know after leading the state’s response to 21 federally declared disasters—11 of which occurred in 2020 alone. Governor Tate Reeves thanked Michel for his service during his term which, in addition to the pandemic and his own bout with the virus, saw a record-breaking number of tornadoes, the most active hurricane season in history, and historic flooding in the Mississippi Delta.

“There’s one person that I’ve been able to constantly lean on for exceptional work. When he says he’s to do something, you know it’s going to happen. You know it’s going to get done right. He doesn’t traffic in excuses, he deals and results and he’s made a tremendous difference in this past year of what seems like constant emergencies. That one person is Greg Michel,” Governor Reeves noted before signing a proclamation honoring his work.

Deputy Director Stephen McCraney has been appointed as Michel’s successor. While serving for 28 years as a Lieutenant Colonel in the Mississippi Army and Air National Guard, McCraney responded to Hurricane Katrina, the Smithville Tornado, Deepwater Horizon Oil Spill and the Mississippi River Flooding of 2011.

“Stephen McCraney has done exceptional work with MEMA since 2016 and I am proud to elevate him to this new role. His work ethic is second to none. He has a command of Mississippi’s emergency infrastructure, and there is no steadier hand in a crisis,” Governor Reeves said.

Part of McCraney’s duties will be the continued effort to assist with the rollout of the COVID-19 vaccine—the other focus of today’s briefing.

To date, over 216,000 doses have been administered in Mississippi—194,597 first doses. With many now needing a second dose, it was announced that those appointments can now be made without delay.

The Mississippi State Department of Health is pleased to announce that you can now make a second dose appointment for sites throughout the state immediately after receiving your first dose. No need to wait two weeks before scheduling. Schedule online at https://t.co/8pGgHZ1HOA

Beginning next week, Governor Reeves announced that the state is expected to see a slight increase in its weekly allocation, growing from 37,000 to 43,000 first doses. Additional doses that were initially allocated for the state’s long-term care facilities in partnership with the federal government will be factored in as well after the program was over-allocated.

The governor expressed that the goal is to have the capacity to administer 100,000 total doses per week (first and second doses)-contingent on supply.

State Epidemiologist Dr. Paul Byers stated that while “we’re not out of the woods” several indicators such as case counts and hospitalizations are dropping following the post-holiday surge.