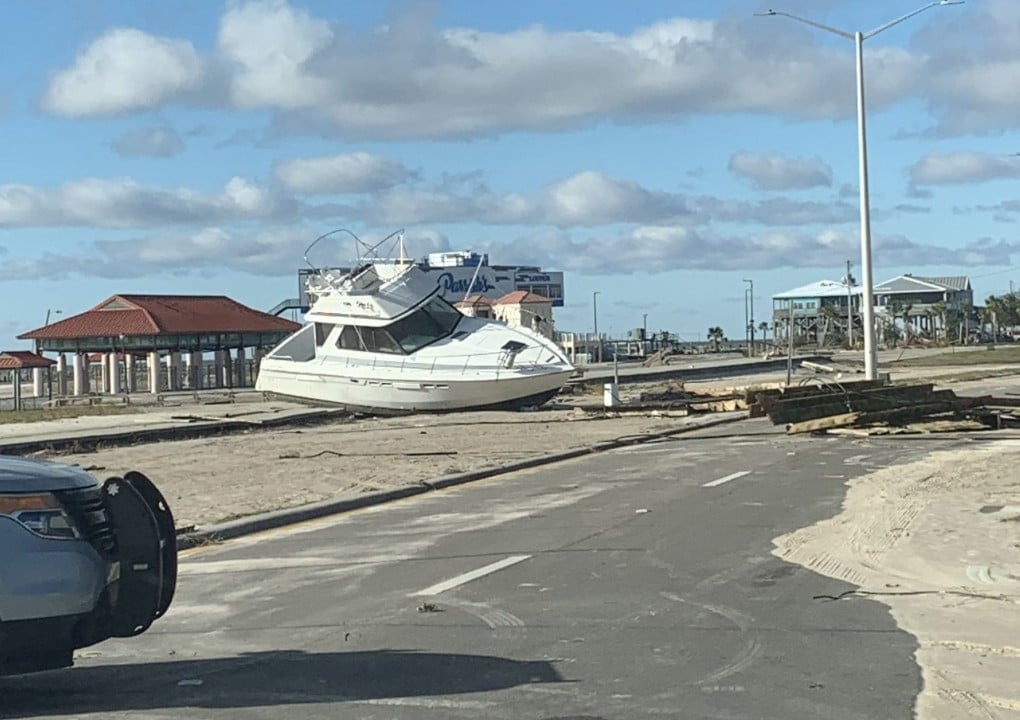 While assessments will continue in the coming days, the Mississippi Emergency Management Agency is beginning to report damage associated with Hurricane Zeta.

The system made landfall as a Category 2 storm Wednesday afternoon in Cocodrie, Louisiana with winds up to 110 mph before making its way toward the Mississippi Gulf Coast. At this time, MEMA is reporting one fatality and multiple injuries in Harrison County.

The agency noted that multiple counties are reporting debris on roads, downed power lines and damage to multiple homes. The Coast saw storm surges of up to eight feet, which was visible in a Weather Channel report from Jim Cantore inside of the Golden Nugget Casino parking garage.

Shocking footage from Biloxi, Mississippi of unreal levels of storm surge. @JimCantore and several other crews are LIVE with the latest. pic.twitter.com/8NRVOR1JS4

As of this morning, over 82,000 Mississippians were without power, according to Mississippi Power’s outage map. During a press briefing, Governor Reeves and MEMA Executive Director Greg Michel explained that some of these outages may last several days.

The governor also explained that the declaration approved the President is the 10th of its kind in the state this year, far surpassing the previous high of four set back in 1972.

MEMA has shared images this morning showing several boats that were displaced by the storm.

A look at Long Beach pic.twitter.com/b6I2riW2Zn

MEMA reminds you that residents and business owners can self-report damage received from Hurricane Zeta through its Crisis-Track Self-Reporting tool.

As a result of the storm, the Mississippi Aquarium will remain closed for at least one more day. The facility stated that a reopening date will be announced “as soon as possible.’

Mississippi811 ‘Call Before You Dig’ says due to extensive damage to utilities in South Mississippi, normal requests may be delayed.