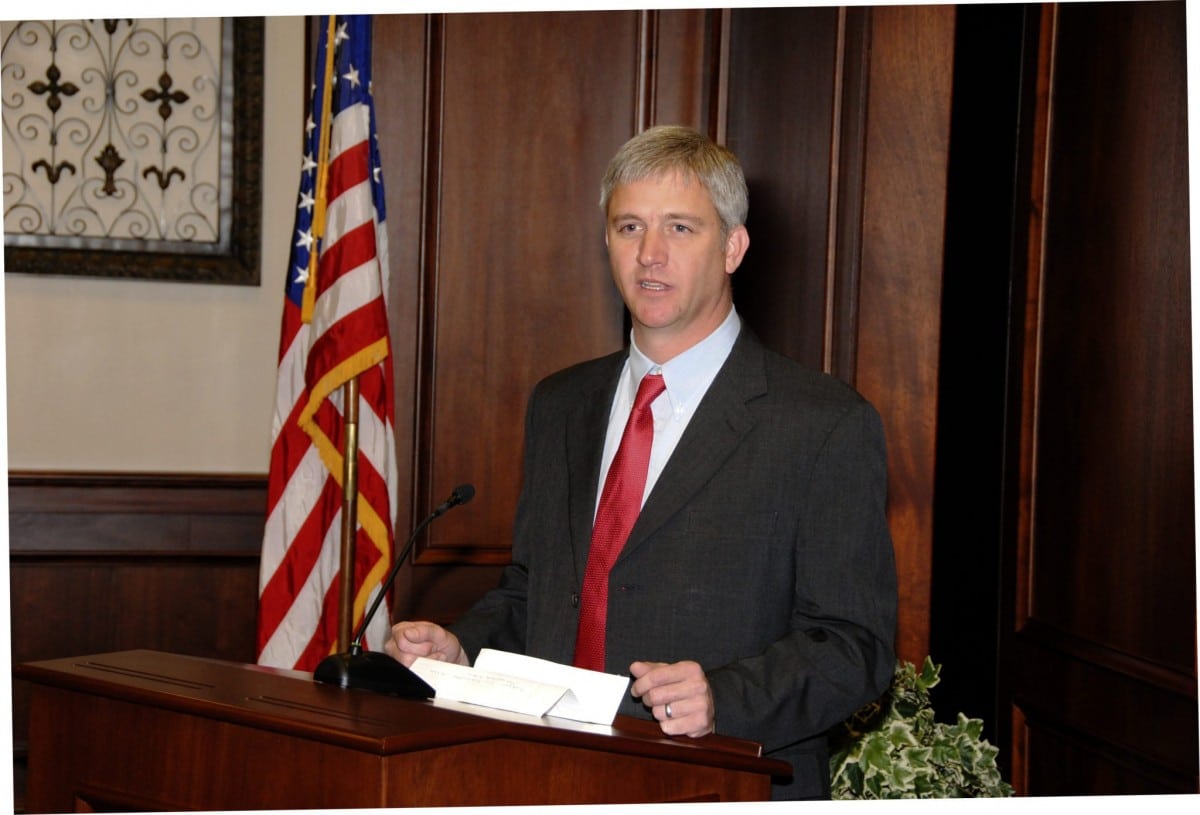 Image courtesy of the Office of Mike Tagert

Mike Tagert has been named as associate director for Corporate and Economic Partnerships within Mississippi State University’s Office of Research and Economic Development (ORED).

In that role, Tagert also will serve as chief executive officer of the Greater Starkville Development Partnership (GSDP). He assumes his new duties Jan. 7, 2020, pending formal approval by the Board of Trustees, State Institutions of Higher Learning.

MSU President Mark E. Keenum said, “Mike Tagert’s unique skill set in the multimodal transportation arena and in economic development makes him an excellent fit for our work as we continue to position our academic research as a key component of Mississippi’s jobs creation engine.”

MSU Provost and Executive Vice President David Shaw said Tagert will report directly to ORED Associate Vice President for Corporate Engagement and Economic Development James F. “Jim” Martin.  Working with Martin, Tagert will play a key role in MSU’s efforts to enhance economic development in Mississippi to improve the quality of life for people in Starkville and Oktibbeha County, the Golden Triangle region, and the state.

“With his diverse background, Mike has the experience and the networking background to lead our university to new and innovative research partnerships and opportunities,” said Shaw. “The structure of the strong existing relationship between MSU and the GSDP highlights our mutual goals and interests for the future of the broader community.”

Shaw said the mutually agreed upon position offers both fiscal and operational efficiencies and adjacencies to MSU and GSDP that “both entities believe make sense.”

GSDP Chairman Robert Clark said, “Our community will be strengthened by this collaboration and the Partnership will be in the best possible position to grow and serve. We are fortunate to have someone of Mike Tagert’s caliber and experience to lead the Partnership. Mike is a visionary with a proven track record of execution.”

He signed an international agreement with the Panama Canal Authority to promote future trade and transportation via the Gulf of Mexico and Northeast Mississippi. The agreement strengthened Mississippi’s strategic position for handling freight in anticipation of changing global freight patterns.

Other accomplishments include leading the successful designation of the Marine Highway (M-65) Corridor, an all-water route between the Port of Itawamba and the Port of Mobile, Alabama, to enhance freight capacity while reducing highway congestion. Tagert spearheaded various legislative initiatives, including Mississippi’s Interstate Pest Control Compact, aimed at promoting trade while protecting the environment and agriculture.

He is a former member of the Trade and Transportation Advisory Council for the Federal Reserve Bank of Atlanta.

Tagert served in the U.S. Marine Corps and the Reserves for six years. He earned a Bachelor of Science degree from Millsaps College in Jackson, and Master of Science and Master of Public Policy degrees from Mississippi State.

Tagert is married to the former Mary Love Mortimer of Kilmichael and they have four children: Frances, Harlan, Wilkes and Henry. Mary Love Tagert is an MSU Extension assistant professor of agricultural and biological engineering.

For more information on MSU’s Office of Research and Economic Development and its programs, visit https://www.research.msstate.edu.