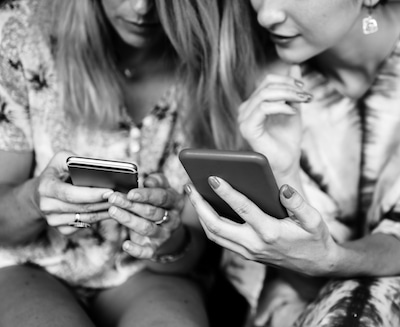 Attorney General Lynn Fitch led a bipartisan coalition of 44 Attorneys General this week urging TikTok and Snapchat to give parents the ability to monitor their children’s social media usage. Fitch says many social media platforms allow parents to use parental control apps to monitor their children’s content, and it’s time for TikTok and Snapchat to do the same.

“As the threats to children’s well-being have proliferated online, the market of products available to parents to help monitor this space and keep it safe has expanded,” said Attorney General Lynn Fitch, who led the coalition along with North Carolina Attorney General Josh Stein. “Many major social media platforms allow parents to use parental control apps to monitor their children’s content. It is time for Tik Tok and Snapchat to give parents this option for protecting their children as well.”
Research increasingly demonstrates the negative impact that social media can have on the physical, emotional, and mental well-being of children and teenagers. These range from decreased self-esteem and greater body-image dissatisfaction to increased exposure to cyberbullying and sexual predation. One app reported that in 2021 it had analyzed more than 3.4 billion messages and found:
As the Attorney’s General noted in their letter, “Parental control apps can alert parents or schools to messages and posts on your platforms that have the potential to be harmful and dangerous. Apps can also alert parents if their child manifests a desire for self-harm or suicide. On other platforms where these apps are allowed to operate appropriately, parents have received notifications of millions of instances of severe bullying and hundreds of thousands of self-harm situations, showing that these apps have the potential to save lives and prevent harm to our youth.”
Social media platforms already engage in some content moderation and operate under some community guidelines, but these are not always sufficient to protect children and teenagers who are particularly vulnerable to online threats, especially with regard to direct messaging. Parental control apps empower parents to be full partners with the platforms to maintain a safe space online for their children.
“The online world is increasingly hostile to children,” continued General Fitch, “and parents need whatever help they can get to protect their vulnerable loved ones. There’s no good reason not to work with parents to give them access to these tools for keeping their children safe.”
The letter was signed by the Attorneys General of Alabama, Alaska, Arkansas, Connecticut, Delaware, District of Columbia, Florida, Georgia, Guam, Hawaii, Idaho, Iowa, Kansas, Kentucky, Louisiana, Maine, Maryland, Massachusetts, Michigan, Minnesota, Mississippi, Montana, Nebraska, Nevada, New Hampshire, New Mexico, New York, North Carolina, North Dakota, Ohio, Oklahoma, Oregon, Pennsylvania, Rhode Island, South Carolina, South Dakota, Tennessee, Utah, Vermont, Virginia, Washington, West Virginia, Wisconsin, and Wyoming.
Click here to read the full letter.