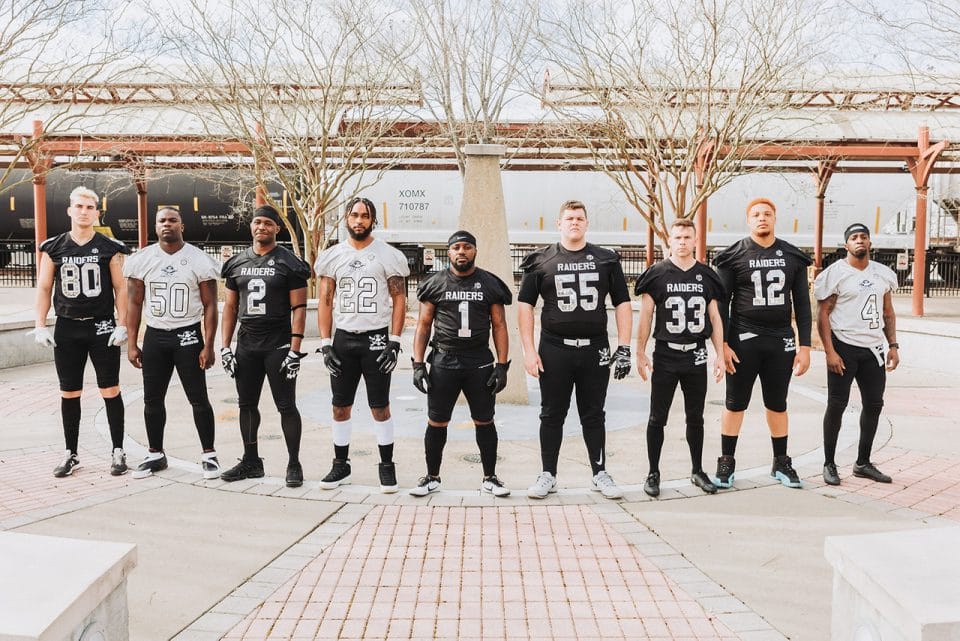 Photo from the Mississippi Raiders/website

Back in November, the Raiders announced they would be moving from Hattiesburg to play at the Mississippi Coliseum in Jackson.

Since moving to Jackson, the team has made two big pick-ups in wide receiver Ishmel Morrow and cornerback Derek “Showtime” Patterson. Patterson is a 12-year arena football veteran, while Morrow was named to the All-Gulf South Conference team twice while at the University of West Florida.

Saturday’s tryouts will be held at the Madison Healthplex Performance Center from 10 a.m. to 1 p.m. For more information, click here.

The Mississippi Raiders are part of the American Football Alliance.