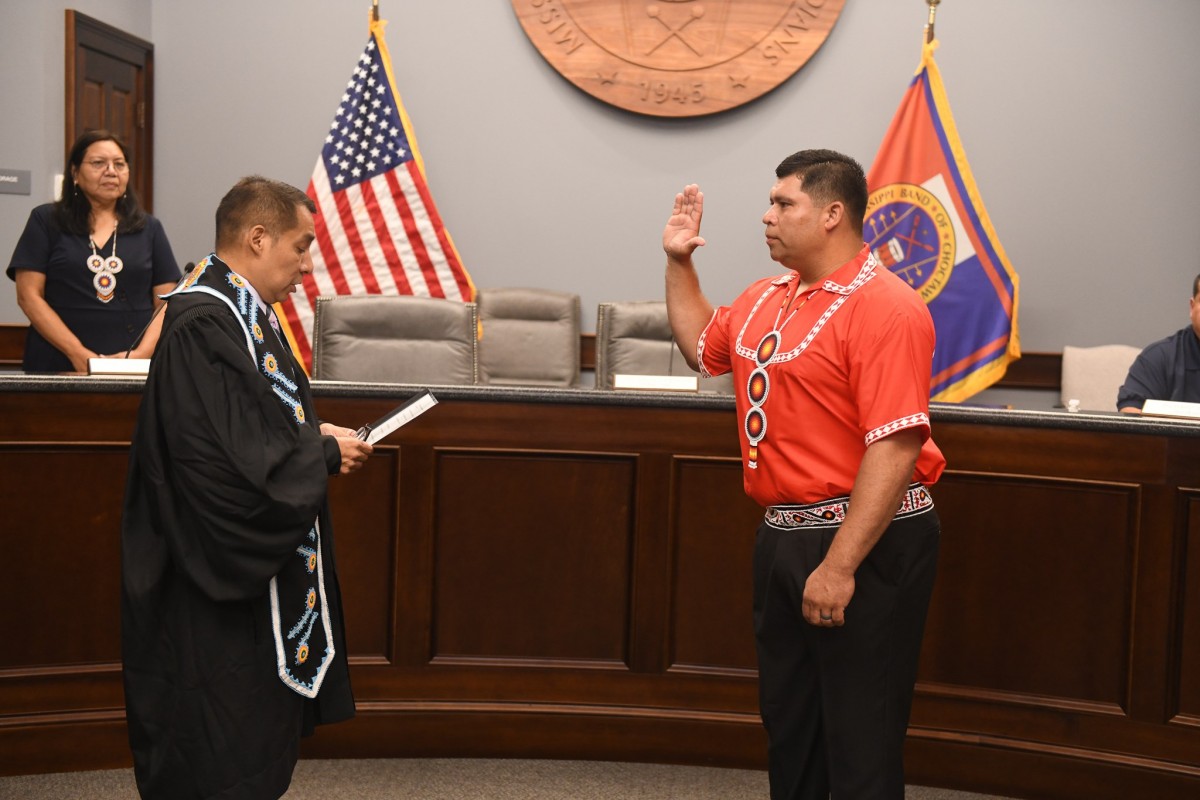 Photo courtesy of the Mississippi Band of Choctaw Indians.

Photo courtesy of the Mississippi Band of Choctaw Indians.

A new Chief has been sworn in to lead the Mississippi Band of Choctaw Indians. Cyrus Ben, who was elected on July 2nd in a run-off election, was sworn in at the regular call Tribal Council meeting. Supreme Court Chief Justice Kevin Briscoe administered the oath of office to Ben.

“I forever have been proud to be a member of the Mississippi Band of Choctaw Indians, but never more humbled and honored than to be elected your Tribal Chief,” said Ben.

A Ceremonial Oath of Office was held in the afternoon at the Silver Star Convention Center Ballroom. The ceremony included Choctaw drummers, Posting of Colors by Tribal Members of the 155th Brigade – MS National Guard, and the singing of the National Anthem in Choctaw by Ajay and Shastyn Lewis.

“The journey that started at the beginning of this year began because of my love and my passion for our people,” Ben said. “I was grateful, honored to have served eight years as a Representative of one community, it was always an honor to serve each and every member of this great tribe and when it came upon my heart from hearing from the people and the people’s voice, going across each and every community, making contacts with friends, family, making new friends, connecting to people that amongst 11,000 members that you don’t know are Tribal members as well. It has been a blessing and it continues to be. As I stated, we are blessed to be here today and we will continue to be blessed by working together, standing together and being a band of people.”

Outgoing Chief Phyllis Anderson sent out a statement on Social Media congratulating Ben on his victory after the election results were tallied.

Report on the Hemp Cultivation Task Force and More!