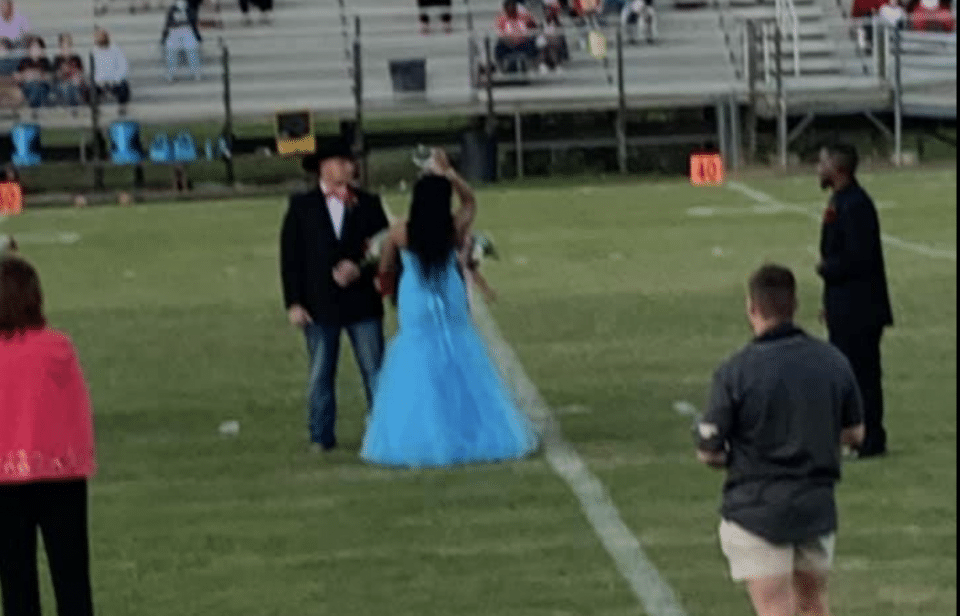 A heartwarming story from a homecoming celebration in Mississippi Friday night is going viral.

During halftime of Forrest County Agricultural High School’s football game, Nyla Covington was crowned as the school’s homecoming queen. After receiving her crown, she chose to share it with another girl on the homecoming court.

Convington passed the crown to Brittany Walters, who had just lost her mother (a FCAHS employee) to cancer that morning.

Kristi Easterling shared the story on Facebook and said, “there was not a dry eye in the stadium.”

Since it was originally posted, the story has been shared over 1,000 times.

“My whole purpose in posting this was to show something good, pure, and wholesome. I wanted something positive and kind to be shown. I never thought it would be shared as many times as it has been. I pray that both of these amazing young ladies stay as true to themselves and others as they did on this night. They deserve the world and I hope they get it,” Easterling said in a update on the post.