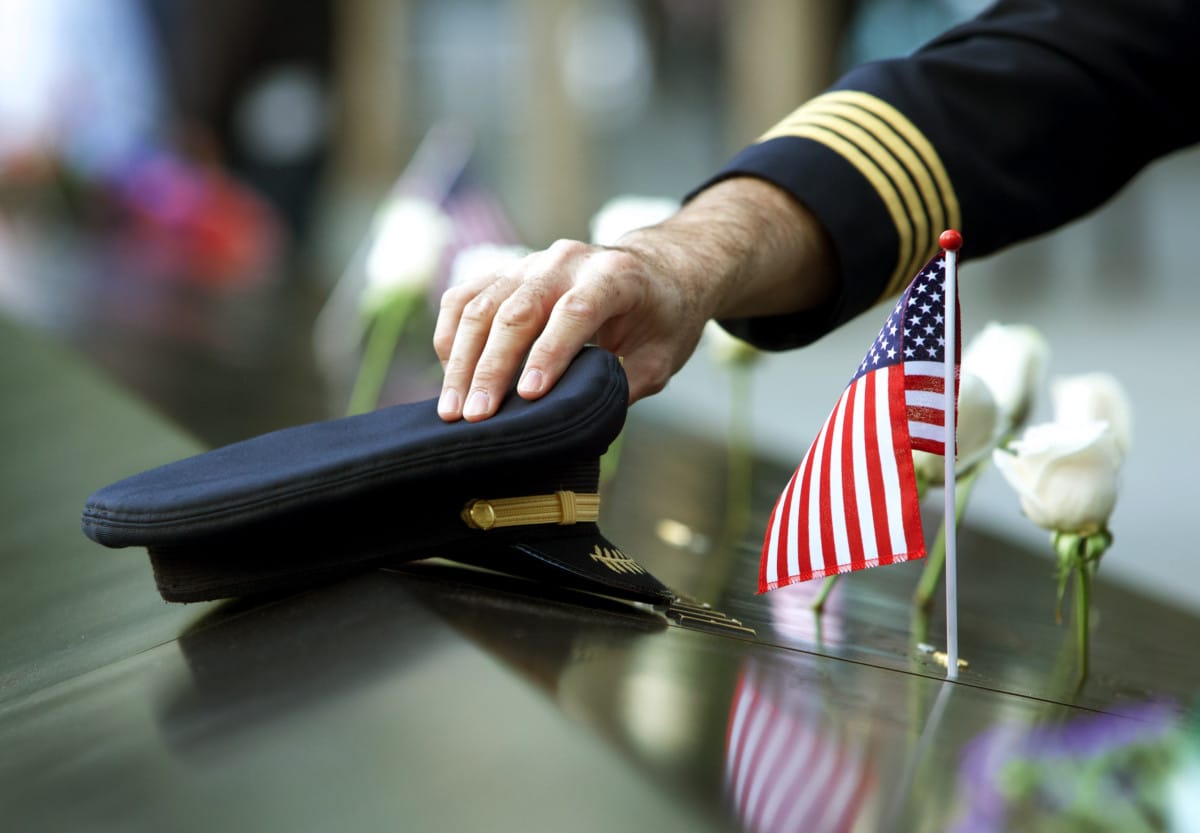 People observe the sixteenth anniversary of the 9/11 terrorist attacks during the ceremony held at the plaza in New York on Monday, Sept.11, 2017. Photo by Monika Graff, 9/11 Memorial

People observe the sixteenth anniversary of the 9/11 terrorist attacks during the ceremony held at the plaza in New York on Monday, Sept.11, 2017. Photo by Monika Graff, 9/11 Memorial

It’s been 17 years since the tragic events of September 11, 2001, but the impact and the memory of that day continue to be felt in Mississippi and across the country.

As millions looked on from the ground, the United States was attacked as terrorists carried out a plot that left thousands dead. As the hijacked planes crashed into the World Trade Center, the Pentagon, and into a field in Shanksville, Pennsylvania, families were torn apart, lives were lost, and the nation’s sense of security was shaken.

On that day, first responders ran toward the chaos and began to rescue those trapped inside the rubble, and in the process, many were lost. Today, the nation remembers all of those who were lost on that tragic day 17 years ago, and thank those who defend America’s freedoms each and every day.

Across the state of Mississippi, leaders have posted messages of commemoration as we remember the dark day in American history.

On Patriot Day, we remember nearly 3,000 precious souls taken on 9/11. Flags on state property will be lowered to half-staff as we mark this solemn occasion and honor those who have sacrificed in service to our country since that tragic day. ?? https://t.co/xB6l4E2U5U

As we all think about where we were on this day in 2001, remember the valor of the men and women who ran into danger to help their fellow Americans. #NeverForget #FirstResponders https://t.co/ZT6emdeDpe

We will #NeverForget those lost or injured on 9/11, or the heroism of our first responders in the aftermath. pic.twitter.com/ZOdtdJkh8i

Today, we remember the victims of 9-11 and honor the men and women in uniform who serve and protect us daily as first responders and as members of our armed forces. God bless the USA. pic.twitter.com/pPkWbKFbKO

September 11, 2001. We all joined together against the evil that struck our shores. We all also remember the heroes who gave all in the midst of the tragedy. We continue to pray for America and for that same spirit of unity that brought all Americans together after 9/11. pic.twitter.com/0M9vxmMQWg

Out of America’s darkest day came resolve, courage, and resilience. We will never forget the selfless acts of our first responders, who showed the very best of what it means to be an American, as they risked — and gave — their lives on 9/11. #NeverForget #911 #ThankYou pic.twitter.com/UhmHHQSava

Today we reflect on a day that changed our lives forever. We will never forget that day. pic.twitter.com/aSYDb1dfJz

We will #NeverForget those who sacrificed their lives for the sake of others 17 years ago. Today, we remember and honor the innocent victims, their families, and our courageous first responders. pic.twitter.com/brHtyEPVHq