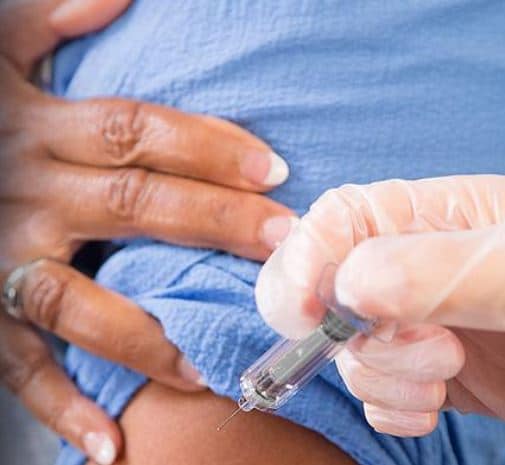 Image courtesy of the FDA

Mississippi leads the nation in the number of African-American vaccinations at 41%, according to Dr. Dan Edney with the MS Coronavirus Task Force.  Nationally 31% of blacks are vaccinated.  44% of Mississippians are now vaccinated, and nationwide 56% of Americans have received both shots.

Dr. Edney told SuperTalk Mississippi that the vaccines have been studied more than any other pharacological agent in history.  “”Every reaction that’s being reported is being scrutinized through the VAERS report, which is a large conglomeration of reports from around the world.”  Over 400-thousand doses have been administered in the U.S. and there have been less than ten vaccine-related deaths.  “Most of those were related to the Johnson & Johnson clotting disorder,” he continued, saying that issue was identified and corrected.

Unfortunately, Mississippi is reporting 2 more pediatric deaths due to COVID since the end of last week.  “We’ve had healthy children die.  We had a healthy infant die this year.  The majority of children do have underlying conditions but we still need to protect them.  They don’t need to be dying.”  Both children were between the ages of 11 and 17, bringing the state’s total number of pediatric deaths to nine.

Outbreak of “blue-tongue” in deer emerging in MS