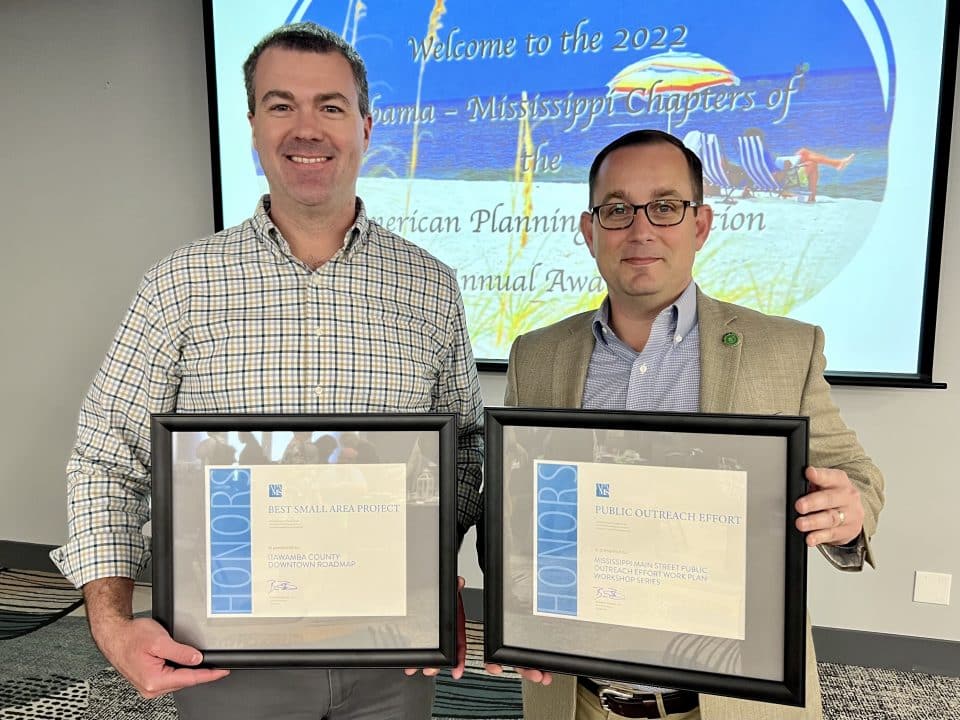 “The Mississippi Main Street Association is honored to receive both of these awards because it recognizes the important role that strategic planning plays in the success of our downtowns,” Thomas Gregory, MMSA Executive Director said. “The Itawamba County Downtown Roadmap provides a strong vision for Fulton, Mantachie, and Tremont’s historic downtown districts, and the Work Plan Workshops deliver purposeful planning that leads to intentional implementation in historic downtown districts across Mississippi.”

The Best Small Area Plan — which recognizes an outstanding small area plan that advances the art and science of planning for a community, county, or region — was awarded to MMSA for the Itawamba Roadmap in Itawamba County. The roadmap provided the Itawamba Main Street Association with a plan for renovations in the downtown commercial districts in Fulton, Mantachie, and Tremont.

MSSA was also granted the award of Best Public Outreach Project for Work Plan Workshops conducted in all 48 Designated Main Street communities across all regions of the state. The Best Public Outreach Effort award recognizes a community project, program, or initiative that creates awareness among citizens about the value of planning. Out of the 48 Work Plan Workshops, 23 were held in communities in the Hills region while the remaining 25 were in the Delta, Capital-River, Pine Belt, and Gulf Coast.