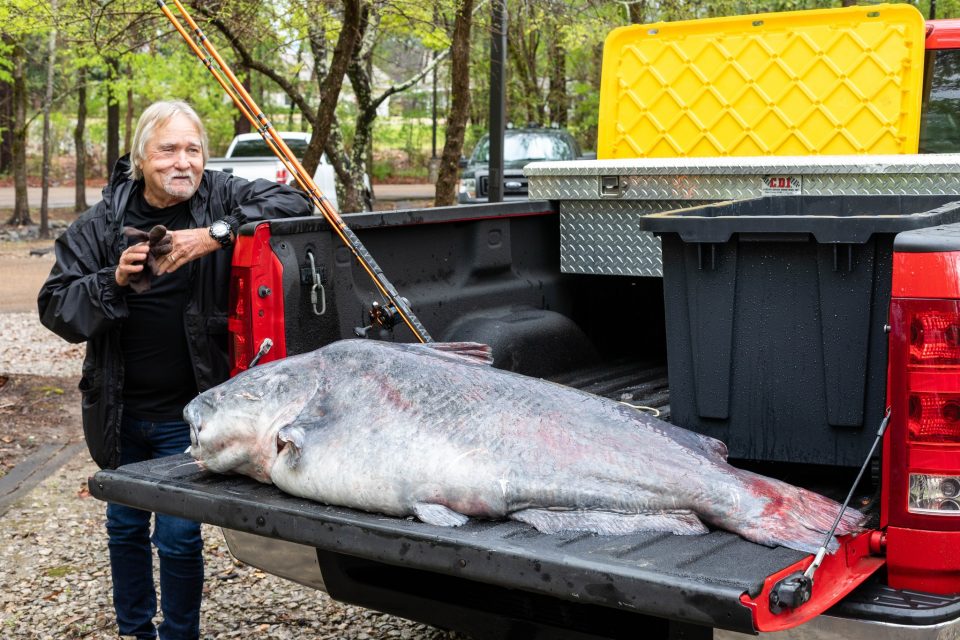 Earlier today, we reported that a Mississippi man had shattered a state record when he recently reeled in a massive blue catfish.

Well, now it seems as if he may have broken a world record with what he called a “fish of a lifetime.”

Eugene Cronley of Brandon was fishing along the Mississippi River near Natchez on April 7 when he got a bite that seemed rather large. 40 minutes later, he had reeled in a 131-pound blue catfish.

Cronley’s catch easily broke Mississippi’s rod and reel record, which was set by Dakota Hinson in 2009 when he landed a 95-pounder. It also broke Brad Smith’s trophy record of 101 pounds. And first reported by The Clarion-Ledger, it could be a line class world record.

According to Cronley, he caught the fish on a 30-pound test monofilament line using skipjack herring as bait. If his line were to pass a test from the International Game Fish Association, Cronley would officially hold the world record for the biggest blue catfish caught on a 30-pound test line, which currently stands at 111 pounds.