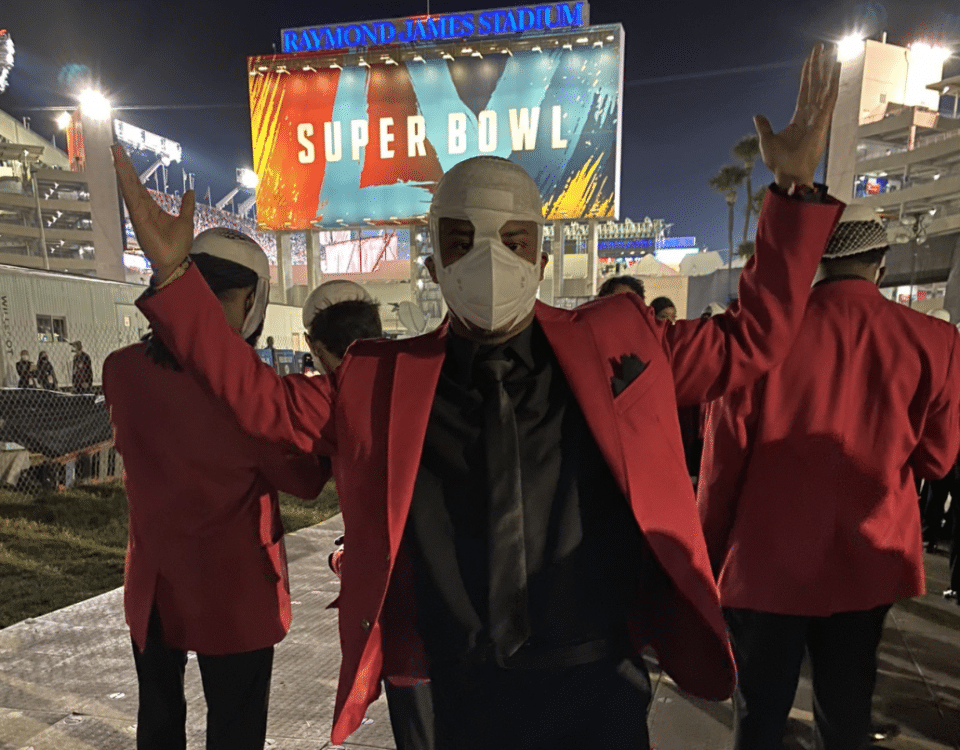 Jordan Jefferson was among the masked performers on the field in Tampa Bay as ‘The Weeknd’ graced millions of television screens last night halfway through the Buccaneers 31-9 victory over the Kansas City Chiefs in Super Bowl 55.

I was blessed to perform in the Halftime show today with the WEEKND. Very dope experience I’m so blessed and it was my first NFL game as well! #SuperBowl  #PepsiHalftime pic.twitter.com/eFIrEKeh8A

In addition to his time on the field at Jackson State, he also served as the student government president, and he is now pursuing his master’s degree in public policy at Harvard.

While you may not be able to pick Jefferson out, you can check out the full performance from last night below: