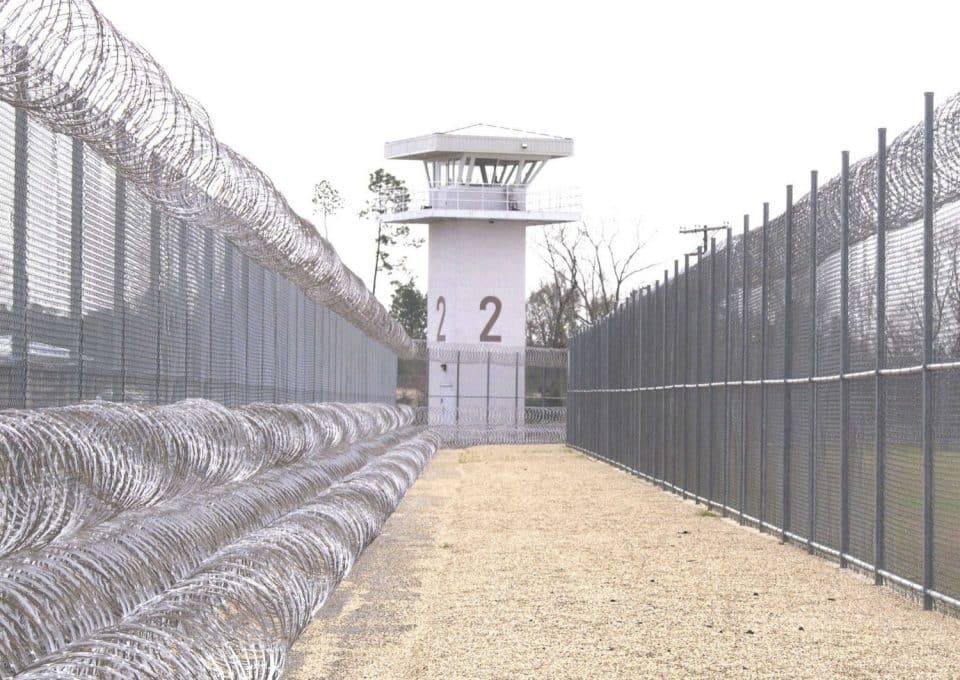 Mississippi is now the world’s leader in putting people behind bars — more inmates per capita than any state or nation, including China, Russia and Iran, according to the World Population Review.

“Is there a political price to be paid for foolishly sticking with a failed system that’s made us the world capital of mass incarceration?” asked Cliff Johnson, director of the MacArthur Justice Center at the University of Mississippi School of Law. “What’s it going to take for Mississippians to realize that the mass incarceration we have carried out for decades has made us less safe, rather than safer?”

Across the U.S., the number of those in prison in the U.S. is 16% lower today than before the pandemic, according to the Vera Institute of Justice, but Mississippi’s rate is skyrocketing, rising more than 1,500 in less than six months. That population now exceeds 18,000 — the highest rate since April 2020.

“We have perfected throwing people away for long periods of time,” Johnson said, “and yet after decades and decades of this approach, Mississippians are more fearful about violent crime than any time I remember.”

In September 2013, Mississippi had as many as 22,490 inmates behind bars. In the years since, reforms and an aggressive Parole Board, headed by a veteran law enforcement officer, reduced the number of inmates to the lowest level in two decades. On Feb. 7, that population fell to 16,499, according to MDOC.

But with Gov. Tate Reeves’ new board chairman, a former Chevron executive he put in charge in January, that trend has reversed itself.

That additional prison population would cost taxpayers more than $100 million a year, based on the $53.72 per-day cost computed by the state’s legislative watchdog.

“We’re stuck in this futile cycle of throwing more money at prisons,” Johnson said. “Even with the Department of Justice breathing down our necks, we can’t handle the people we have.”

The Justice Department began investigating the Mississippi State Penitentiary in Parchman in 2020 after MCIR and ProPublica reported on the increases in grisly violence, gang control and subhuman living conditions. In April, the department reported that the prison’s conditions violate the Constitution.

The department is investigating other prisons as well.

When Gov. Phil Bryant, a Republican, signed House Bill 585 into law in 2014, the measure drew widespread praise from conservatives and liberals alike because it promised to reduce the prison population, save millions —  $266 million, to be exact — and reinvest some of the money into programs for offenders.

Instead, all of those savings went back into the state’s coffers, helping to pay for huge phased-in corporate tax cuts enacted in 2016, because the state was struggling to meet revenue estimates.

Last year, Reeves signed legislation aimed at expanding parole eligibility to 3,000 more inmates, believing it could be a “net positive for Mississippi.” He later bragged about the significant reduction in inmates at Parchman.

“I believe in second chances,” he said in an April 22, 2022, tweet. “I trust my Parole Board appointees to make wise decisions.”

But since his appointment of a new chairman in 2022, the numbers of paroles have declined.

When Steven Pickett chaired the board between 2013 and 2021, he said about six of every 10 inmates who appeared before the Parole Board earned their release. The board typically saw about 5,000 inmates a year.

Now the board is rejecting far more requests. So far this year, about three-fourths of inmates who have appeared before the board have been rejected for parole.

At the same time Mississippi is filling up its prisons, the state is lagging in programs that would help ensure that inmates don’t return.

“The Mississippi Department of Corrections can’t have a rodeo or enough GED classes, because we don’t have the staffing,” Johnson said. “We probably can’t support more than about 12,000 incarcerated, but we’ve got 18,000.”

While hiring officers has proved a struggle, he said Tuesday, “We’re gaining ground. We’re going to show the Justice Department we’re moving along.”

By fall, he hopes to have 80 schools for inmates to gain certification in engine repair, plumbing, welding, carpentry and other fields.

By doing this, “we’ll reduce recidivism, and we’ll reduce violence,” he said. “About half of the 4,400 inmates we release each year will have a skill or trade.”

He ran a similar program at the Louisiana State Penitentiary and saw the recidivism rate drop to less than 10%.

Rather than hiring teachers on the outside, he’s using inmates certified in these fields to teach, he said.

He praised the Parole Board. “We don’t want gangsters getting out,” he said.

With this new training program for inmates, “we’re going to turn the curve,” he said. “We already have people from Alabama coming to see how we do things.”

Alternatives To Prison Part Of The Solution

Cain has also started an alcohol and drug program at the once-shuttered Walnut Grove Correctional Facility that houses 32 inmates in a 90-day addiction program.

Pickett said such programs play an important role in treatment for Mississippi inmates, three-fourths of whom are battling alcohol or drug problems or both.

For example, he said, if a parolee is caught with meth and has failed to report to his parole officer for two months, what should the Parole Board do?

Send him back to prison? Or to treatment?

Locking him up in prison for a year won’t cure his addiction, Pickett said. “All we are doing is putting him in a place that’s dangerous. Meth is just as prolific in prison as it is on the streets. It’s very, very sad.”

The other option would be the Technical Violation Center.

State Public Defender Andre de Gruy said the state needs to do a better job of utilizing this center.

“Now that we’re number one in mass incarceration,” Johnson said, “we ought to stop and take a collective timeout and have a long conversation about whether we’re satisfied and whether we’ve had a good return on the billions we’ve invested.

“Are we locking up more people because there’s something about Mississippians that make them morally deficient or more likely to commit crime? Or is there something more to this story?”

The stories of investigative reporter Jerry Mitchell have helped lead to convictions of Klansmen guilty some of the nation’s most notorious crimes — the 1963 assassination of Mississippi NAACP Medgar Evers, the 1963 bombing of a Birmingham church that killed four girls and the 1964 slayings of three civil rights workers, James Chaney, Andy Goodman and Mickey Schwerner. His work also led to the 2016 conviction of Felix Vail — the oldest conviction in a serial killer case in U.S. history. For more than thirty years, his stories have exposed injustices, corruption, and abuse of power. His work has prompted prosecutions, spurred reforms of state agencies, and led to firings of state board officials. A winner of a $500,000 MacArthur “genius” grant and more than 30 other national awards, including being named a Pulitzer Prize finalist, his memoir about his pursuit of civil rights cold cases, Race Against Time, for Simon & Schuster, is expected to be released in 2020.