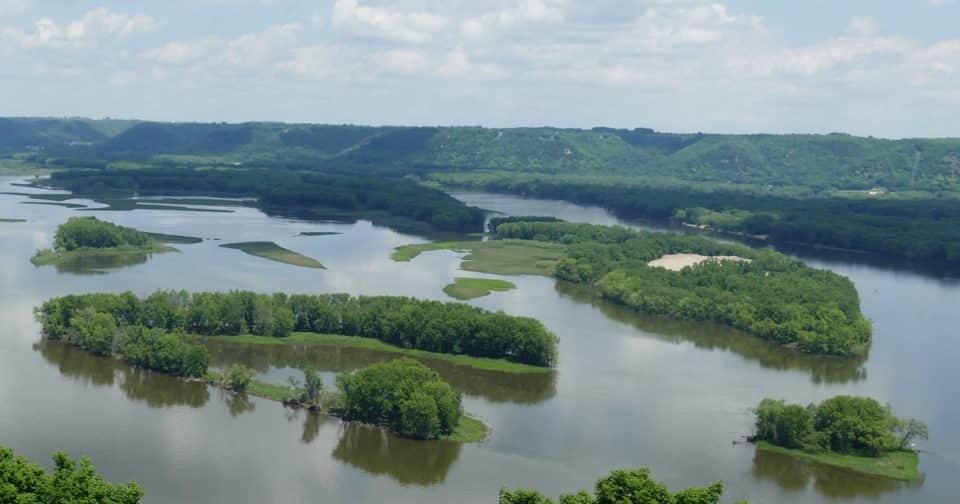 Photo courtesy of the National Wildlife and Fish Refuge

The Mississippi River has reached significantly low water levels, which is causing travel restrictions for barges and will inevitably have a negative economic impact on consumers.

Austin Golding, president of Golding Barge Line in Vicksburg, noted that the decreasing water levels have created difficulty in transporting freight southbound down the river. He said that barges are having to reduce their capacity, resulting in more barges being used to carry lighter loads.

“Right now, we are light-loading barges across the industry. If you take a few feet off a barge, you take a few tons off of the tow. We’re also cutting down on the number of barges we can bring southbound that are loaded,” Golding said on Tuesday’s edition of The Gallo Show. “It’s going to take more boats and more barges, and that’s going to raise costs. It’s also going to eat into the margins for a lot of people moving their product southbound for exports.”

According to Golding, the situation at hand is rough now, but could worsen in upcoming weeks as water levels, specifically in the Memphis, Tenn., area are expected to be close to the lowest they’ve been in recorded history.

“This is probably going to wind up being about a top-15 event here in Vicksburg. In Memphis, it’s a little more dire. In Memphis, this has the potential, in two weeks, to be a top-two, if not, for sure a top-three event as a result of the low water,” Golding said. “Looking at what we have forecast here, we were looking to get down to -9.5 on the Memphis gauge in two weeks, which would put it second to -9.8 in 2012 and -10.7 in 1988.”

Golding warns those who want to take an up close and personal look at the Mississippi River to be cautious of the sand nearing the water. Much of the murky sand near the water can erode, potentially causing an individual to be swallowed up in it.

“Right now you have a lot of this sand that is exposed that has been underwater for a long time, and if it drops beneath the sand bar, it can actually erode underneath the sand bar,” Golding warned. “The river claims all. If it touches it, it wants to bring it downriver with it. So, if you’re near the edge, it may be pretty, but it’s not a very safe place to be.”

Watch the full interview with Golding below.