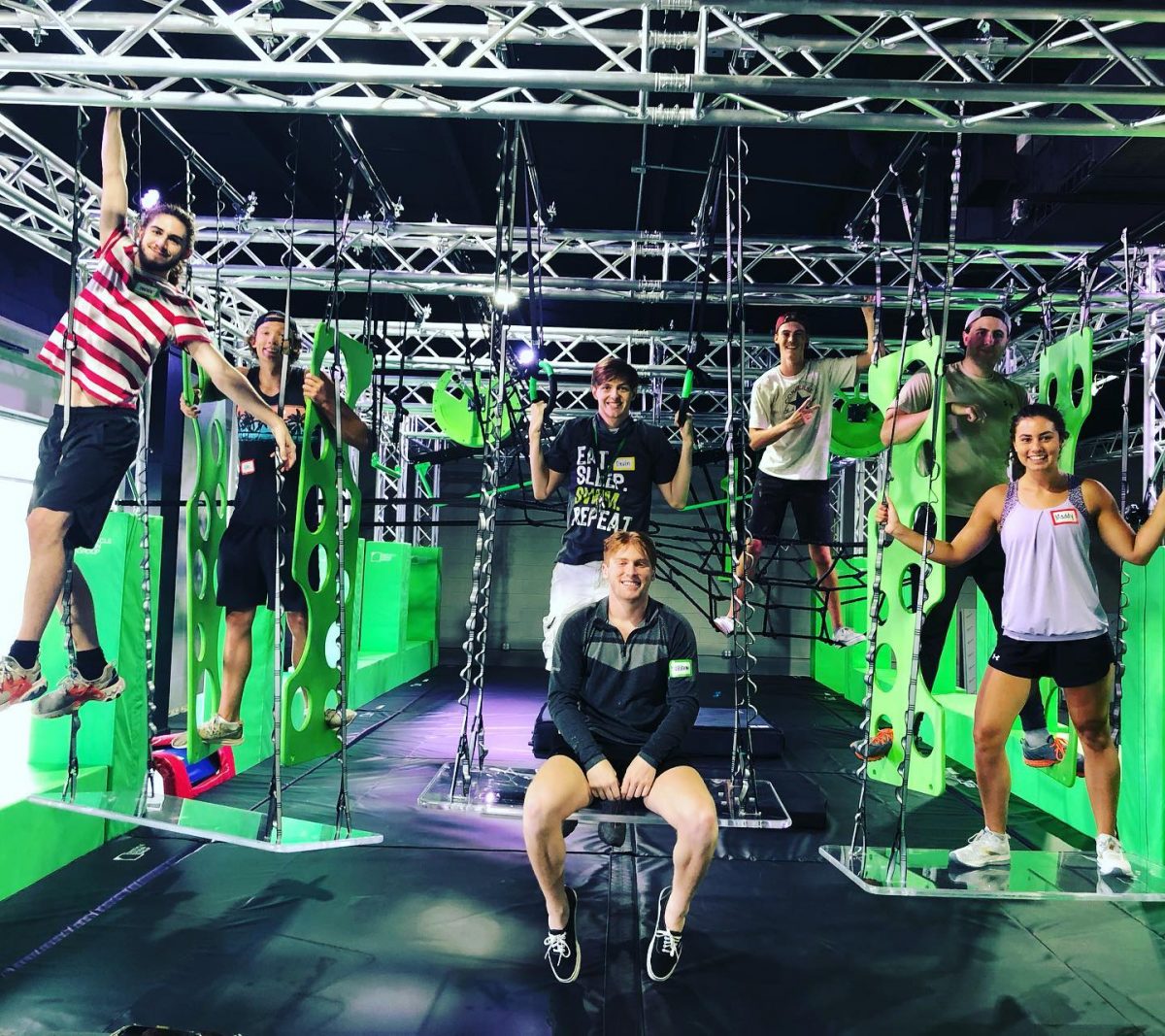 American Ninja Warrior has finally found its way to Mississippi…well, kind of.

Thanks to Autumn and Hunter Stallings, the Magnolia State now has its first ninja training academy, which offers individuals the opportunity to make it on the hit NBC television show.

After countless nights of watching American Ninja Warrior, the Stallings decided to delve into the ninja lifestyle themselves.

“Our family has watched American Ninja Warrior on TV…for a while, and our kids are obsessed,” Autumn said. “About December of last year, we just kind of had the idea of creating a facility or at least a place for our kids to go and hang out and play and train.”

Within just a couple months, Ninja Warrior Arena in Flowood was up and running, offering people of all ages and backgrounds a chance to train, whether it be for the pure intention of leisure or for the ultimate goal of ninja stardom.

“It doesn’t matter the age,” Autumn, who works as one of the head trainers, explained. “We do, like you mentioned, strength and conditioning and stability and balance. Then, we work on actual obstacles and play fun games. It’s a lot of fun.”

Autumn also mentioned that her and her husband managed to get a course builder from the actual show to help design the facility, which includes everything from a parkour course to the infamous salmon ladder. On top of that, they brought in a veteran ninja warrior, although she chose to keep his or her identity under wraps, to set the proper regimen for faculty and staff.

“We had a real ninja help us design the course,” she said. “He created a course on one of the seasons, and then, we had a ninja warrior, who has actually been on every season of the show, come and do special training and safety protocols.”

The first chance for competitors to embark on their journey to Mount Midoriyama will come in January as the Stallings plan to begin hosting area qualifiers at the beginning of the new year. To find out more about Ninja Warrior Arena, check out the video below.