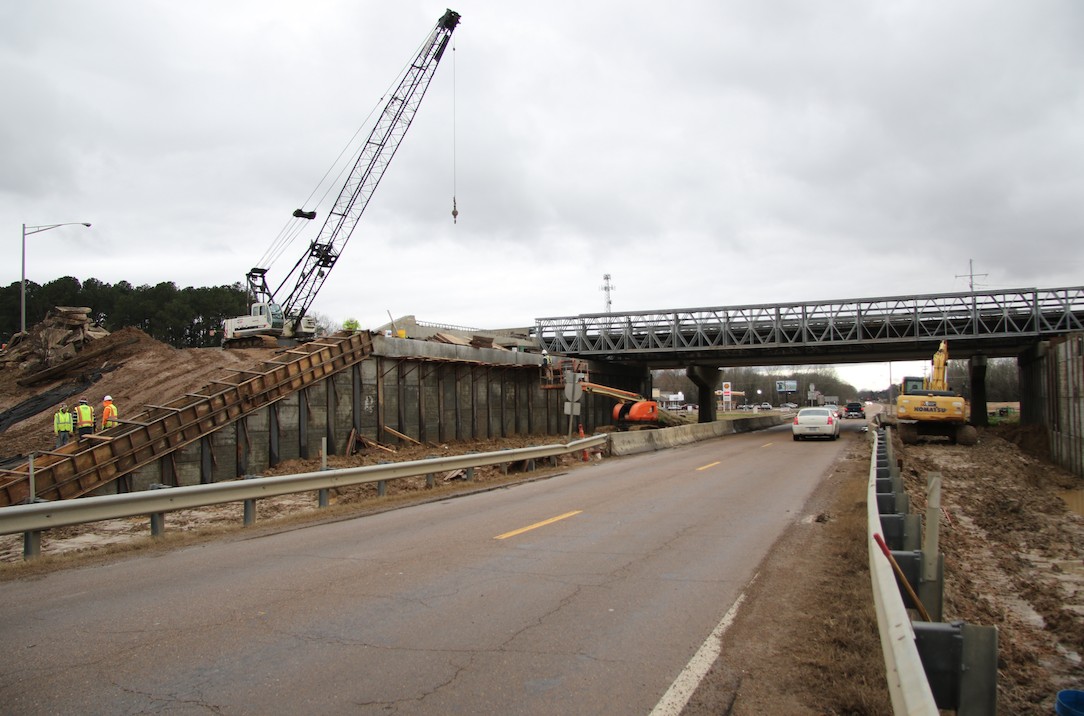 Mississippi Senators Roger Wicker and Cindy Hyde-Smith were of different minds on Senate passage of the $1-trillion Infrastructure bill.

U.S. Senator Cindy Hyde-Smith (R-Miss.) today voted against Senate passage of a more than $1.2 trillion infrastructure package, citing too few assurances that the massive measure is paid for and will not contribute to the nation’s staggering debt.

“Many provisions in this sprawling legislation have merit and would help Mississippi, but voting for it is a bridge too far to cross.  We need more infrastructure investment, but I am unconvinced this rushed massive, one-shot bill is the best or most fiscally-responsible way to fix roads, bridges, water and wastewater systems, and the electrical grid,” Hyde-Smith said.  “This bill is not paid for, increases the deficit, and includes many unfunded intergovernmental and private-sector mandates.”

Hyde-Smith also warned, “Let’s not forget that President Biden and congressional Democrats will use the thin veneer of bipartisan support for infrastructure as a gateway to a new scheme to spend another $4 trillion on a tax-and-spend extravaganza of socialist programs—all without a single Republican vote.”

During debate on the 2,700-page bill, hundreds of amendments where offered during consideration of HR.3684.  In the end, Democrats shutdown debate on amendments.  The following are among the amendments introduced by or cosponsored by Hyde-Smith:

S.Amdt.2536 – Hyde-Smith amendment to increase to 50 percent from 37.5 percent the share of revenues from outer Continental Shelf leases in the Gulf of Mexico to energy-producing Gulf Coast States, and other key GOMESA provisions.  (Related bill: Reinvesting in Shoreline Economies & Ecosystems (RISEE) Act, S.2130).

S.Amdt.2606 – Hyde-Smith amendment to redirect from the EPA Drinking Water State Revolving Fund (DWSRF) to carry out unfunded Section 219 water and wastewater projects in 32 states, as authorized under Section 5158 of Water Resources Development Act of 2007.

Hyde-Smith also pointed out that the bill includes non-infrastructure provisions that could have far-reaching implications, including digital nondiscrimination language that pulls from the controversial Equality Act to redefine sex, sexual orientation, and gender identity among other things.

“These provisions would effectively sanction infringements on religious liberties and freedom of expression.  In this ‘infrastructure’ bill, they are a precursor to Biden and Democrats’ radical socialist agenda wrapped up in a $4 trillion tax and spending spree,” Hyde-Smith said.

Senator Roger Wicker had stated August 8th that he would support the bill, which still needs to pass the House.

In his remarks, Wicker expressed the bill was “far from perfect,” but that it ultimately includes many provisions that will benefit the state of Mississippi.

“At the end of the day, I believe this package will do a great service for the United States and for my state of Mississippi. Republicans and Democrats agree that roads, bridges, broadband, ports, and rail are the building blocks of a healthy economy. This bill makes historic down payments on those core priorities,” Wicker said.

In his remarks, Wicker noted the billions of dollars in investments that are expected to be made in Mississippi if the infrastructure package is signed into law. The package includes: $3.3 billion for Mississippi’s roads and highways, $225 million for bridge replacement and repairs, a minimum of $100 million for broadband infrastructure, $283 million for water revolving funds, and billions for Army Corps of Engineers projects and port and rail improvements nationwide.

The legislation also includes several proposals that Wicker directly advocated for, including provisions which authorize and expand the Minority Business Development Agency and expand the eligible uses for inland flood mitigation funds provided in the infrastructure package.

In his closing to his colleagues, Wicker told the story of his father, retired circuit judge and former state Senator Fred Wicker, who in 1968 had advocated for the passage of a comprehensive four-lane highway program in Mississippi. The legislature debated the measure through the entire session, but adjourned before passing the legislation. It was not until 1987 – 19 years later – that the state’s four-lane highway bill passed.

“If you ask almost anyone involved in economic development efforts during the decades that followed, and even today, they will tell you that the 1987 four-lane highway bill was one of Mississippi’s most significant pieces of legislation for job creation,” Wicker said.