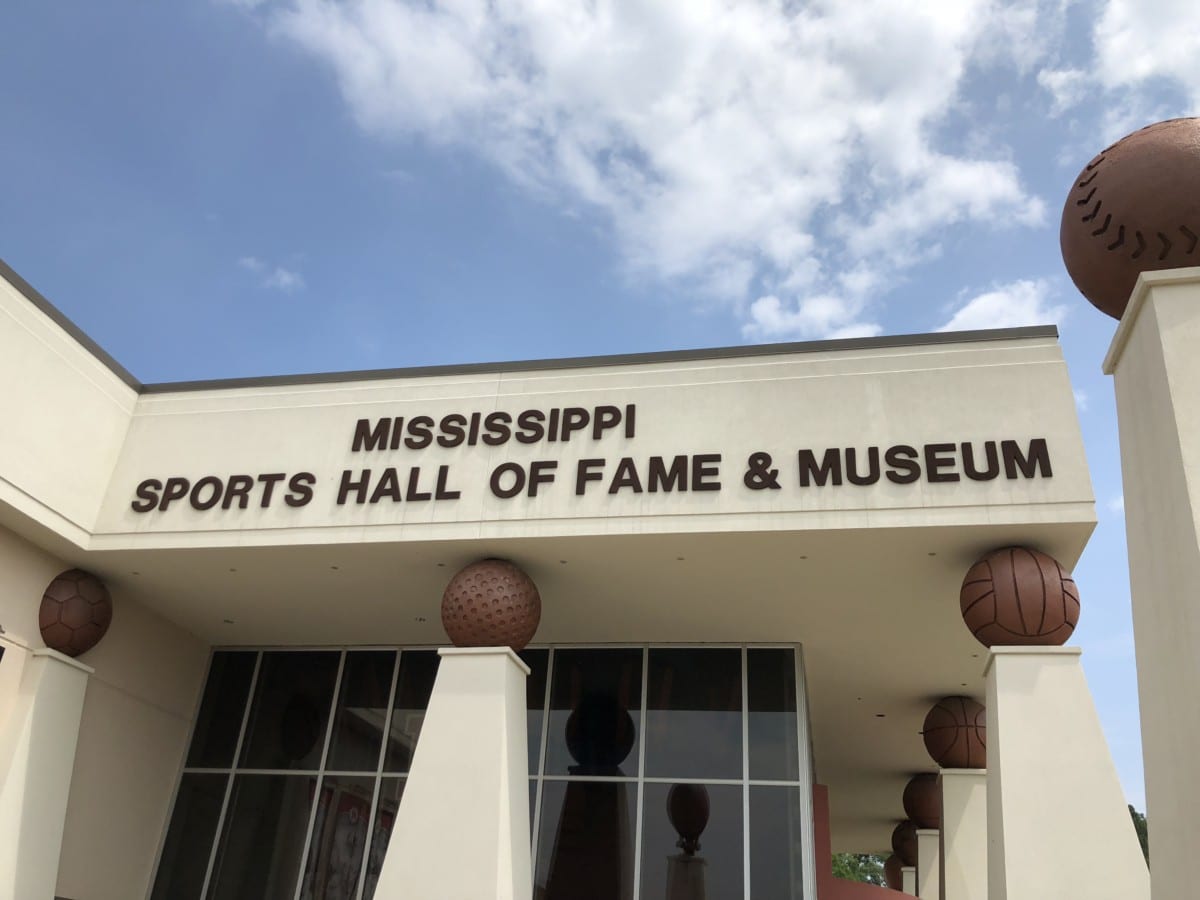 The Mississippi Sports Hall of Fame’s class of 2022 has been announced. The class featuring three record setting coaches, two college & MLB baseball players, a Bulldog & NFL wide receiving great, the most honored swimmer and diver in state history, and an outstanding presence on the PGA Tour will be inducted into the Hall of Fame on on July 30, 2022.

Maggie Bowen-Hanna – This Jackson, MS native put together a swim and diving career that no one has touched. She is an SEC Women’s Legends for her record of excellence at Auburn University. The daughter of former Ole Miss running back Bo Bowen, Maggie and her sister were swimming stars locally for the Sunkist and Mississippi Makos swim teams while attending Jackson Prep. She earned All-American honors 21 times while at Auburn, and she was a three-time SEC Women’s Swimmer of the year. She is in the Auburn University Swimming and Diving Hall of Fame and was the Clarion-Ledger Sports Person of the Year in 2001.

Kermit Davis, Sr. – An outstanding college and high school basketball coach, Davis Sr. was 187-31 during his high school coaching career before moving up to the college ranks beginning as an assistant coach at his alma mater, Mississippi State. He served in that capacity for four seasons prior to being named the Head Coach at MSU in 1970. He played for three years at State under Coach Babe McCarthy as a point guard and was the first player to sign a scholarship under McCarthy. A pretty good scout, he also recommended that State recruit Bailey Howell!

David Dellucci – Now an analyst for baseball on the SEC network, David Dellucci had an outstanding career in the sport. A native of Baton Rouge, David was an MVP in both baseball and football at Catholic High School. Recruited to Ole Miss, he earned All-SEC and All-American honors for the Rebels. He set 10 school records and won the conference batting title during his 4 years at Ole Miss and is in the M Club Hall of Fame. He was a 10th round selection of the Baltimore Orioles in the 1995 draft. Two years later Dellucci got his first hit in the majors off of Tom Gordon in Boston. He went to Arizona in the expansion draft and was a member of their World Series Championship team in 2001. After battling a wrist injury that was feared to be career ending he went on to play for the Yankees, Rangers, Phillies, Indians and Blue Jays and appeared in two more World Series.

Jim Gallagher, Jr. – Gallagher was born in PA, grew up in Indiana, attended college in Tennessee and has called Greenwood, MS home since 1989. A decorated PGA professional, Jim played on tour from 1983 until 2016. He won 5 PGA events plus 4 other non-tour tournaments. He has been on both Ryder Cup and President Cup teams and is remembered for beating Seve Ballesteros of Spain in a famous final round of the 1993 Ryder Cup. Jim is a member of the Indiana Golf Hall of Fame, the Grant County Indiana Hall of Fame, and the University of Tennessee Athletic Hall of Fame. He joins his wife Cissye in the Mississippi Sports Hall of Fame. Gallagher is an analyst for the Golf Channel. His whole family has been involved in golf. Cissye is a 12-time state amateur champion, his sister and brother Jeff are both touring professionals, his children all are accomplished players with daughters Mary Langdon and Elizabeth both winners of the state Amateur tournament.

Barry Lyons – Growing up in an athletic family in the coastal city of Biloxi, Barry Lyons proved he too was an athlete to be reckoned with. Lyons was recruited by colleges for both football and baseball. He chose to attend Delta State University, and his mentor “Boo” Ferriss soon convinced him that his future was in baseball as a catcher. He became an all-conference and All-American at DSU and led the Statesmen to the Division II World Series. Drafted in the 25th round of the 1981 draft by the Tigers, he returned to school and following the 1982 season he was selected in the 15th round by the Mets and signed a professional contract. An outstanding minor league career earned him 10 seasons in the big leagues with the Mets, Dodgers, Angels, and White Sox. He managed in the minor leagues for several years before returning to Biloxi and becoming a leader in getting a stadium built for the Double A franchise that is now the Shuckers.

Eric Moulds – Born and raised in Lucedale, MS, Moulds built a foundation to become one of the premier receivers in NFL history. At George County High School, Eric earned all-state honors, and he was offered college scholarships for both football and basketball and earned three letters in baseball. Mississippi State won the recruiting battle for his services, and he made an immediate splash as a big play maker when State passed the ball. During his time in Starkville he also showed his talents as a kick returner. An All-SEC performer, Moulds finished his career as the third all-time receptions leader. He played 12 years in the NFL mostly for the Buffalo Bills.  Nicknamed E-Money, he was a 3x Pro Bowl selection and was named to the Bill’s 50th Anniversary All-Time team.

Bob Tyler – An outstanding athlete at Water Valley, MS before entering the military, Tyler received his college degree at Ole Miss. He began his football coaching in 1955 at Water Valley High School and went on to coach at Okolona, Senatobia, Meridian and Corinth. His high school record is 94-19-6. He served as an assistant coach at Ole Miss, Alabama and Mississippi State before getting his first college Head Coach position at Mississippi State where he coached for six years. He also was the Head Coach at North Texas and Millsaps. His team won the only Bowl game they played bettering North Carolina in the 1974 Sun Bowl.

Willis Wright – When they name the stadium after you, especially 30 years after you left the school, you must have done something right. Willis Wright made a habit of doing the right thing throughout his coaching career. The legendary Mississippi high school coach led 4 different schools to 5 state championships, and he has led both public and private schools to state titles. He is also the only coach to coach for both sides in the Alabama vs Mississippi All-star game. He is credited with beginning the winning run for the South Panola Tigers by winning the 1993 State 5A Championship. Willis is a member of the MAC Coaches Hall of Fame and the Greenville, Alabama Football Hall of Fame. Saltillo High school’s stadium is Willis Wright Stadium.