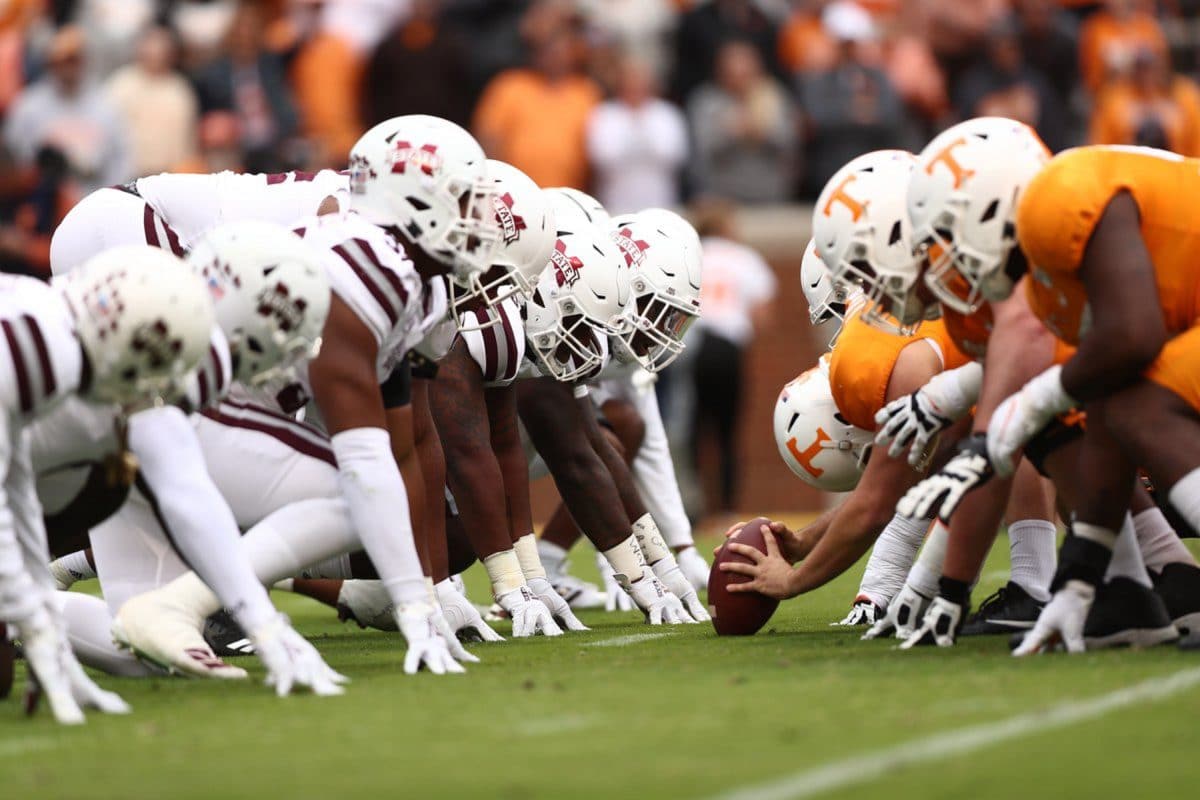 Mississippi State had not traveled to Tennessee since 2008, when Sylvester Croom’s hapless team fell to a mediocre Volunteer squad by a score of 34-3. On Saturday, many Bulldog fans had visions of the former head man, as State’s offense was held to 10 points and a middling 267 yards in a 20-10 defeat to Tennessee, a team that had lost previously at home to Georgia State and BYU. Mississippi State was limited to 120 yards and 3 points in the first three quarters, before Garrett Shrader was once again in relief able to give Bulldog fans hope of a late rally. His touchdown pass to Deddrick Thomas cut the Volunteer lead to 13-10, but the Bulldog defense, which played well most of the day, gave up a back-breaking 39 yard score to Tyler Byrd with under 3 minutes to go that effectively put the game out of reach. State falls to 3-3, and with games against LSU, Alabama, and Texas A&M looming, the margin for error to extend the school’s record bowl streak is effectively zero.

Trevon Flowers with the INT for @Vol_Football pic.twitter.com/pJal2Eym5S

The story of the week was who would draw the start for Mississippi State at quarterback, and in the end, Joe Moorhead opted to go with the senior grad transfer Tommy Stevens. Stevens was largely ineffective, throwing two interceptions on Tennessee’s side of the field and only leading the Bulldogs to a field goal, a career long 51 yarder from Jace Christmann. Seeing Stevens struggle contrasted with the spark true freshman Garrett Shrader seems to provide only proves that Moorhead’s decision was an incorrect one. What State will do going forward will be the subject of much debate, but it would not be surprising to learn Stevens has made his final start for the Bulldogs.

When Garrett Shrader hit Deddrick Thomas for this 17 yard score, it felt that the Bulldogs might pull off the comeback despite everything that had happened. Shrader was the only real positive for MSU offensively, singlehandedly putting together a 90 yard drive to keep State in the game. Shrader has done everything he can on the field to lay claim to this starting position, and Moorhead in the past has shown willingness to play the younger players when they show they have the advantage, see Kylin Hill over Aeris Williams last season. With State’s season hanging in the balance, it appears the Bulldogs would be best served by handing the reins to their talented true freshman.

One Team. One Heartbeat. pic.twitter.com/urJk6nP9YZ

Just when you think it can’t get worst, the top five ranked LSU Tigers and their suddenly prolific offense arrive in Starkville. Mississippi State will likely be a huge underdog to the Tigers, and rightfully so. On the surface, this appears to be a game the Bulldogs will just try to survive before back to back road trips to Texas A&M and Arkansas. Game time should be set either late Saturday night or early Sunday morning, following the result of the LSU-Florida game.

Thunder & Lightning: What Will Mississippi State’s 2021 on the Diamond Look Like?

Mississippi Warriors: one door closes, another one opens

Mississippi Warriors: learning to fly atop a tree

Thunder & Lightning: Jarrian Jones and Why The Egg Bowl Rivalry Will Never Cool Off