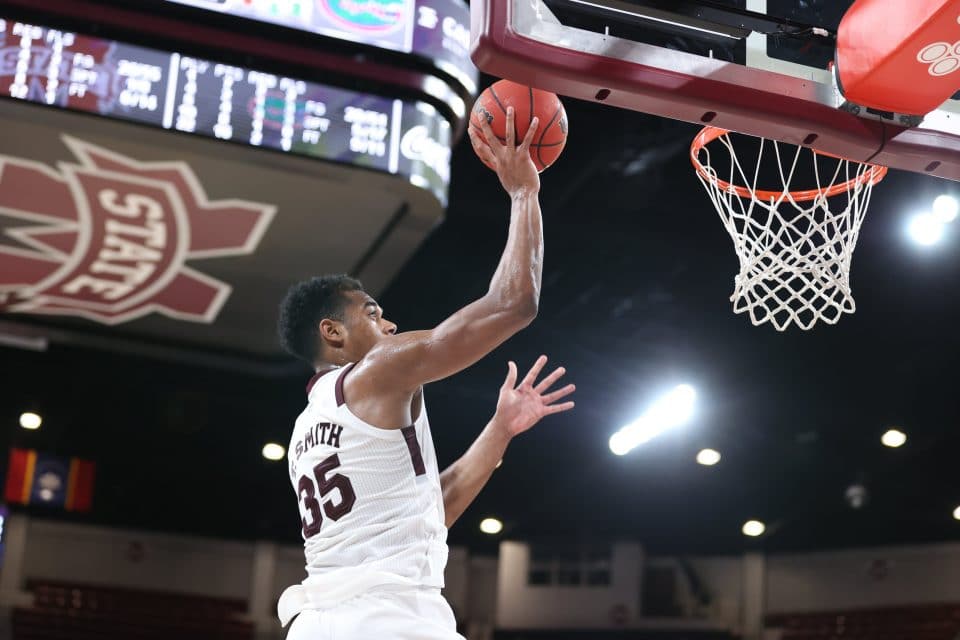 If Mississippi State has shown one thing this basketball season, it has been the ability to bounce back from tough losses. Coming off a lackluster performance against Texas A&M on Wednesday, the Bulldogs played with a lot more fire on Saturday, leading most of the game in a 72-69 win over the Florida Gators.

State’s frontcourt led the way. Abdul Ado had 11 points, 9 rebounds, and 3 blocks, but it was Tolu Smith who carried the maroon and white. The sophomore forward had a career high 27 points and 14 rebounds, dominating the Gators inside. State’s season leading scorers, Iverson Molinar and DJ Stewart, were also in double figures with 13 and 11 apiece respectively. State shot 48% from the field and outrebounded the Gators by an incredible +21 margin. The Bulldogs had 18 second chance points and were +22 in scoring from the bench.

The win puts Mississippi State at 9-5 overall, 4-2 in the SEC. The Bulldogs will be back in action Tuesday night, an 8:00 PM tipoff against their in-state rivals, the Ole Miss Rebels.