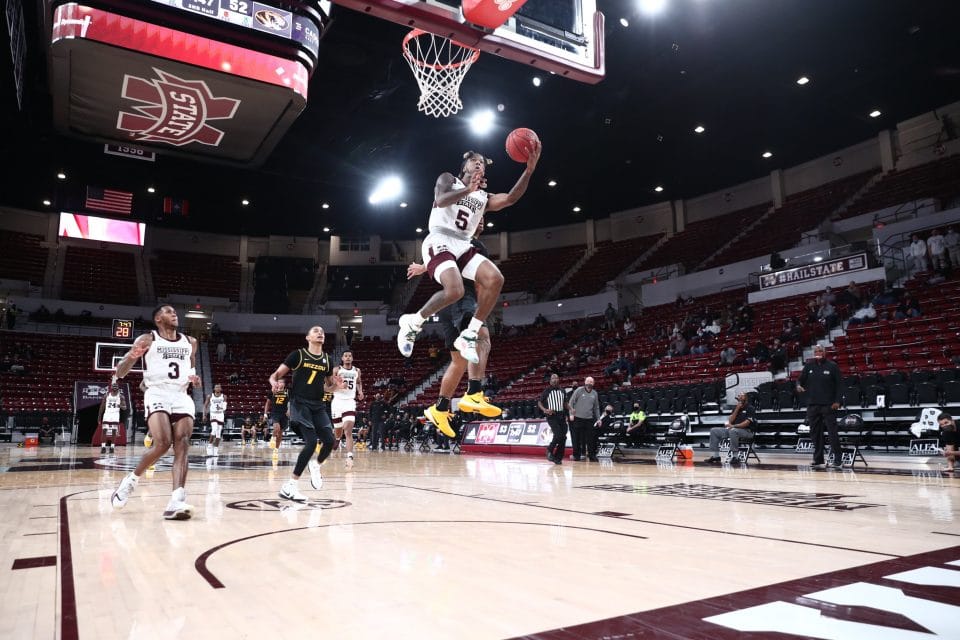 Mississippi State’s first half against Missouri showed a team that was clearly still suffering the after effects of Saturday night’s double overtime loss to Kentucky. After two minutes of second half action, the Bulldogs looked ready to get it over with, down 43-29 and getting pushed around on both ends of the court. The game finished in blowout fashion, but it was the Bulldogs on top, as State went on a 15-0 run from that point and crushed the Tigers in the final 20 minutes, outscoring the nationally ranked squad 51-24 after halftime to take a 78-63 win.

State got out to a quick lead in the first half, but Missouri took control with a 17-4 run, turning a 13-13 tie into a 30-16 Tiger lead. Missouri would take an 11 point lead into the locker room, and looked in control before Bulldog sophomore guard DJ Stewart caught fire. He would score 17 of State’s next 21 points, including 10 unanswered by himself, putting the Bulldogs back into the game. Stewart would finish the night with 24 points on 10-14 shooting. He was joined in double figures by Iverson Molinar, who had 20, and Tolu Smith, who narrowly missed a double double with 15 points and 9 rebounds.

State fixed one of its biggest problems of the season, going a scintillating 19-21 from the free throw line. The Bulldogs shot an incredible 67.9% in the second half, and outrebounded the Tigers by 15 on the night. State improves to 7-4 on the season, 2-1 in SEC play. The Bulldogs return to action on Saturday against Vanderbilt, with a noon tip scheduled in Nashville.

Thunder & Lightning: Mississippi State Rumbles All Over Missouri in a Huge Win