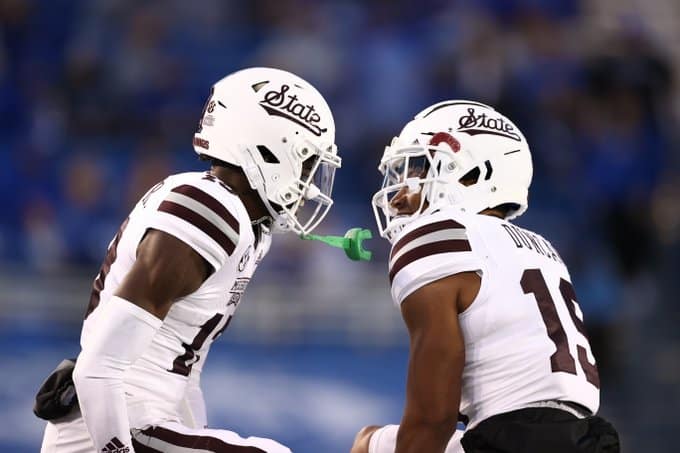 Kentucky came into Saturday night’s game against Mississippi State giving up the most sacks in the conference and rushing for less than 100 yards per game. Their offensive line found its groove against the Bulldogs, paving the road for 239 yards on the ground and only allowing Will Levis to be sacked once, as the Wildcats dominated the line of scrimmage in a 27-17 win. State only scored 10 points offensively, only racked up 225 total yards, and played its worst game of the season after two straight weeks of playing its best.

Have a day, @CROD_JR! 144 yards rushing through three quarters.

MSU held a 10-6 lead and looked like they were perhaps in control of a close game when Kentucky tailback Chris Rodriguez busted off this long run. It would lead to a Will Levis touchdown pass that gave the Wildcats a lead they would not relinquish. Rodriguez had been trying to make a big impact after his return from NCAA related suspension, and he finally did so against the Bulldog defense. Rodriguez would end up with 196 yards on 30 carries, with two touchdowns of his own.

Another road trip awaits Mississippi State, and this one leads to a place where they haven’t scored a touchdown since 2014. Alabama will definitely be ready to get back on the field following their emotional loss to Tennessee, and they’ll get to lick their wounds against a Mississippi State team they’ve outscored 90-9 in the Mike Leach era. Kickoff is set for 6 PM at Bryant-Denny Stadium.