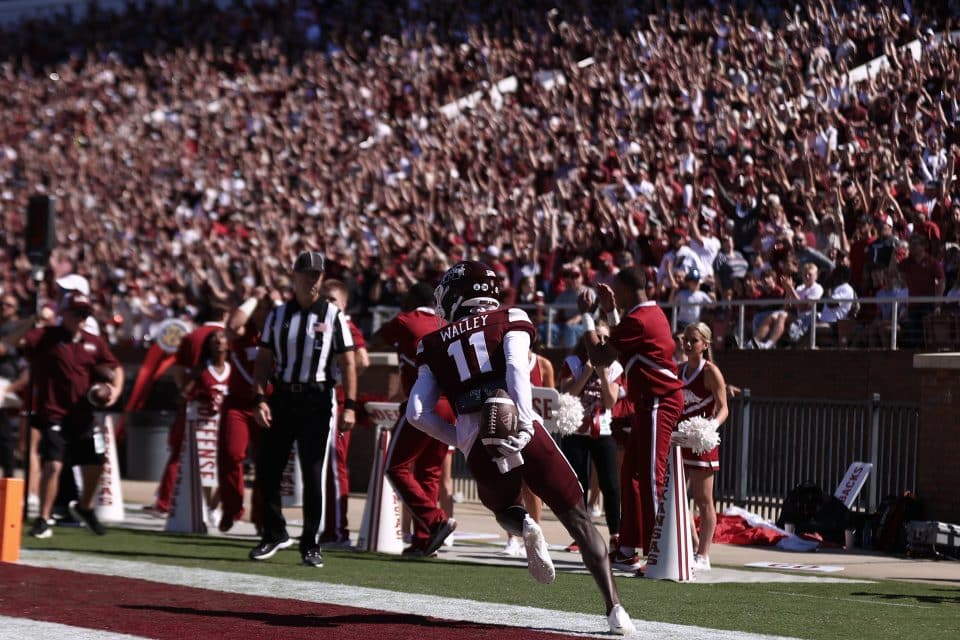 Mississippi State knew they were going to have the benefit of Arkansas starting quarterback KJ Jefferson missing Saturday’s game in Starkville, but the Bulldogs didn’t want to hear that was the reason for victory. Will Rogers and the Air Raid offense lit up the scoreboard, piling up nearly 600 yards of offense in a 40-17 over the Razorbacks that moves State to 5-1 on the season. Rogers threw for 395 yards and 3 touchdowns, and MSU was once again effective running the ball, piling up 173 yards on the ground. Defensively, State had some shaky moments, but forced two fourth quarter turnovers to seal the game.

Mississippi State had retaken the momentum in the third quarter, but Dillon Johnson salted the game here with his long touchdown run. Johnson became the first Bulldog rusher to crack 100 yards under Mike Leach, and he and his backfield partner Woody Marks combined for 281 all purpose yards and 3 scores. State has struggled at times to get its running backs going under Leach, but this season the team has found the balance it was looking for. Back to back games over 100 yards rushing as a team, and more importantly for that Bulldog offensive line, a second straight game with no sacks allowed.

A year ago, Will Rogers set an SEC passing record for passing efficiency in a 31-17 win over Kentucky. It’s been three straight trips to Lexington without a win for Mississippi State, so the Bulldogs will be looking to recapture their dominance over their SEC East rival they enjoyed from 2009-2015, where they never lost to the Wildcats. Kickoff is set for 6:30 PM.