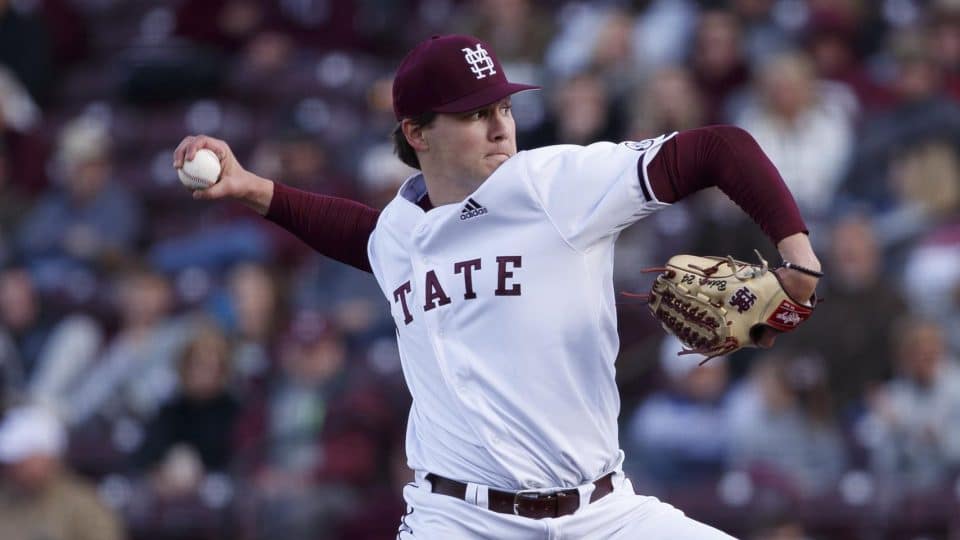 Everything went Mississippi State’s way on Tuesday night at Dudy Noble Field, with the Bulldogs striking for 10 runs on 11 hits while shutting out Grambling in a 10-0 win in front of 2103 fans.

Grambling’s Kerry Boykins Jr. was effective through his first turn through the maroon and white order, but State struck for 5 runs in the fifth inning and 3 more in the sixth to put the game away. Brad Cumbest led the Bulldogs with a 3-3 night that saw him cross the plate three times. Tanner Allen had the big blast with a two run bomb into center field that finished out the fifth for MSU.

MSU starter Will Bednar was very effective in his second appearance of the season, giving up only a leadoff double before striking out five in a row in his two innings pitch. State sent a total of 8 arms to the mound, with JUCO transfer Parker Stinnett seeing his first action of the year, raising the total of Bulldogs to throw this season to 23 on the young campaign. State improves to 9-3 on the season, and will be back in action tomorrow against the Louisiana Ragin’ Cajuns. First pitch is scheduled for 6 PM at Dudy Noble Field.

Thunder & Lightning: What Kind of Contract Do The Rumblings Deserve?