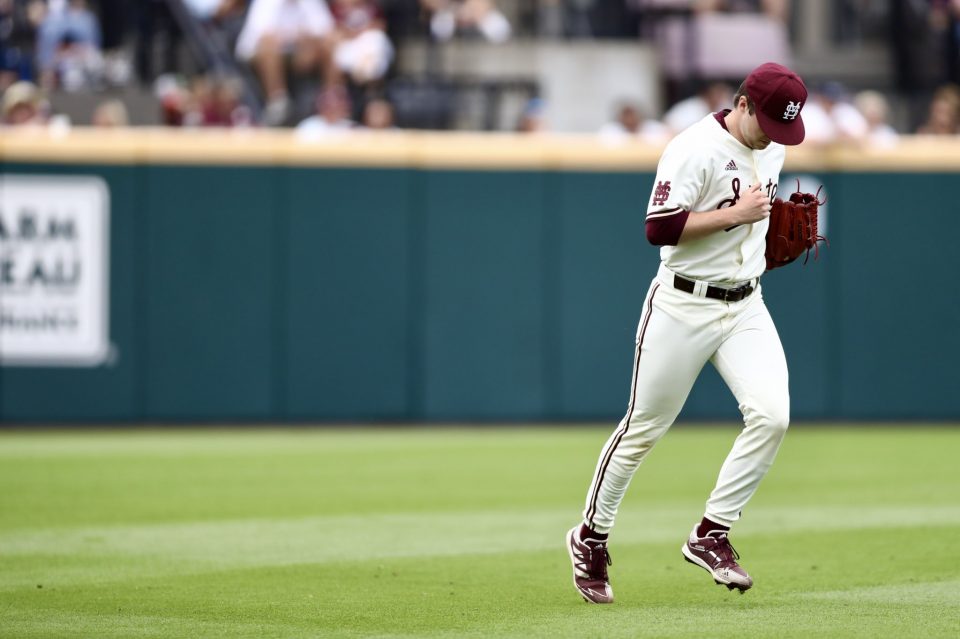 For four innings, Mississippi State looked in control against Arkansas, getting off to a fast start behind Will Bednar on the mound and some great hitting early on. The middle innings saw a different story, as defensive miscues led to Razorback home runs, and the Bulldog bats going quiet, as State dropped the series with a 11-5 loss.

State’s first inning was a complete 180 from Friday night, as Bednar sat down the Razorbacks 1-2-3, and State struck for 3 runs. Arkansas would get on the board in the third when Rowdey Jordan dropped a fly ball in center allowing an unearned run in. The Bulldogs would go back on top by three with a Kam James solo shot, setting them up with a 4-1 lead going into the fourth.

The fifth inning was where it unraveled for MSU, with Braydon Webb hitting a solo home run to make it 4-2. With two outs, State would give up a single, then a pop fly fell between James and Lane Forsythe to give the Razorbacks another at-bat. Arkansas would capitalize, with Christian Franklin smacking his third bomb of the weekend to put the Hogs on top 5-4. Tanner Allen would hit a solo shot in the bottom of the frame to equalize, but from there, it was all Arkansas with six unanswered runs providing the final margin.

State falls to 17-6, 2-3 in the SEC. They will look to salvage the series tomorrow, first pitch is set for 2 PM. Freshman Jackson Fristoe will take the hill for the Bulldogs in his first career SEC start.