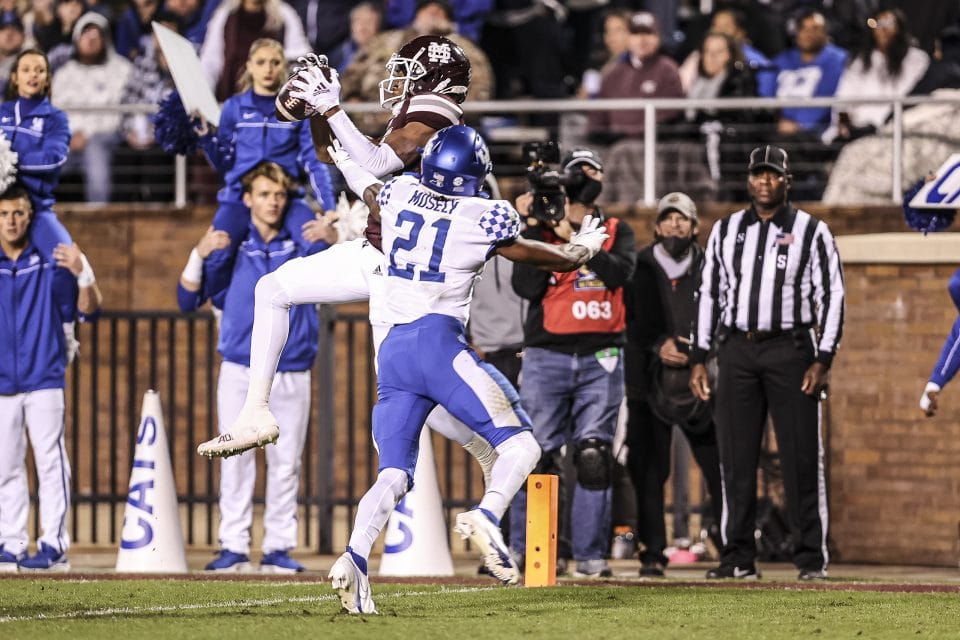 For most of the first quarter, there was reason to worry in Starkville. Kentucky led Mississippi State 10-0 and the Bulldog offense wasn’t showing much life. 31 unanswered points later, the Bulldogs were cruising to victory behind four forced turnovers and a record setting night by Will Rogers, culminating in a 31-17 win over their annual opponents from the East.

Rogers finished the night completing an obscene 36 of 39 passes, breaking the SEC single game record and falling one attempt for the NCAA mark. All told, he racked up 344 yards and tossed a touchdown to freshman RaRa Thomas, a 25 yard throw that all but sealed the game up late in the third quarter.

As good as the Bulldog offense was, their defense was even better. They limited the SEC leading rusher Chris Rodriguez to 34 yards on 8 carries, and held Will Levis to 150 yards passing while snagging three interceptions. All told the Wildcat offense only gained 216 yards, with only 10 of their 17 points coming against Zach Arnett’s unit.

State improves to 5-3, 3-2 in the SEC, matching their conference win total from a season ago. The Bulldogs travel to Fayetteville next Saturday for a SEC West matchup with Arkansas, kickoff is set for 3 PM.

House Speaker Philip Gunn: Lawmakers are doing everything they can to put a stop to enforcement of Biden’s vaccine mandates