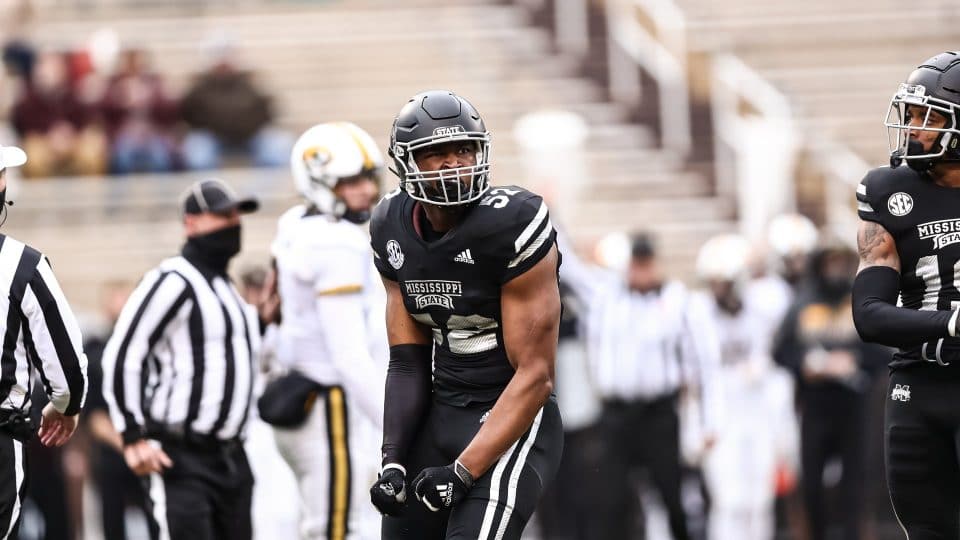 Mississippi State’s season opener showed off the firepower of the Air Raid offense, and then 8 games went by without ever really seeing it again. In the season finale against Missouri, Bulldog fans were treated to a re-appearance, as Mike Leach’s Air Raid racked up 446 yards in a 51-32 win over the Missouri Tigers. State’s freshmen skill position players were the stars, with quarterback Will Rogers going 21-36 for 295 yards and three scores, running backs Jo’Quavious Marks and Dillon Johnson combining for 117 rushing yards and a touchdown, and wide receiver Jaden Walley collecting his fourth straight game over 100 yards, with five catches for 129 yards and a score of his own.

State trailed 7-0 after an impressive opening drive by the Tigers, and then had to punt it away on the ensuing possession. A muffed catch led to one of the most unique scores in college football, as long snapper Paul Blackwell fell on the ball in the end zone for the tying touchdown.

From there, the Bulldogs took complete control of the game, buoyed by a defense that was without its leader, as senior captain Erroll Thompson was disqualified from the game after a targeting call on the second play from scrimmage. State picked Missouri quarterback Connor Bazelak off three times, the final one going back all the way from freshman Emmanuel Forbes, who snagged two errant passes on the day.

State improves on the season to 3-7, bookending their season with their best performances. Even with that record, the Bulldogs are likely bowl bound, and will find out their destination Sunday when the matchups are announced. Early predictions have had Mike Leach’s squad headed to either the Gasparilla Bowl in Tampa or the Armed Forces Bowl in Fort Worth.