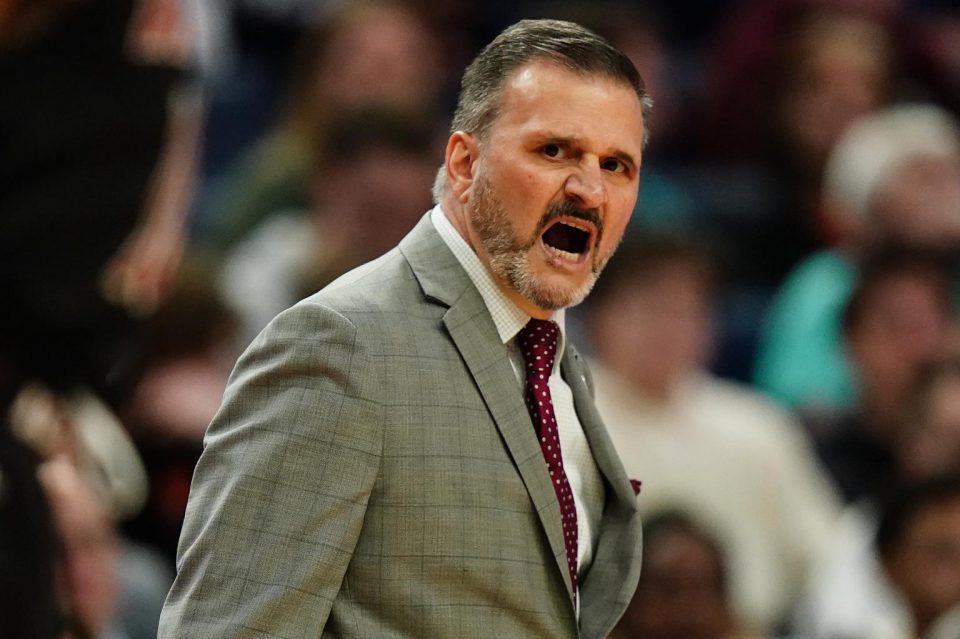 New Mexico State coach Chris Jans reacts during the first half of the team's college basketball game against Connecticut in the first round of the NCAA men's tournament Thursday, March 17, 2022, in Buffalo, N.Y. (AP Photo/Frank Franklin II)

Mississippi State wasted no time in finding a replacement for Ben Howland, as sources confirmed to SuperTalk Mississippi that New Mexico State’s Chris Jans would be coming to Starkville as the new head basketball coach. Jans saw his season end Saturday night in the NCAA Tournament, a second round exit at the hands of Arkansas.

Jans had an exceptional record at New Mexico State, compiling a record of 122-32, winning four WAC Championships, and reaching three NCAA Tournaments. Prior to that, he coached one season at Bowling Green before being dismissed to following an off the court incident. Jans also coached six years at the junior college level, with a record of 159-45. He was a top assistant for Wichita State during that school’s time as an elite program, culminating in a Final Four appearance in 2013.

Jans will look to revitalize a Mississippi State program that has only made the NCAA Tournament once since 2010. The Bulldogs under Ben Howland were in the field of 64 in his fourth season in 2019, but failed to return there in the following years. 2022 was predicted to be a tournament team by most media outlets, but injuries and inconsistent play left the Bulldogs out of the Big Dance, and Howland out as head coach. Howland left MSU with a record of 134-98.

Official word from the university announcing is expected later today or by tomorrow at the latest. Jans will be the 21st head basketball coach in the university’s history. Tune in to the Thunder & Lightning Podcast and SportsTalk Mississippi for more details as they become available.