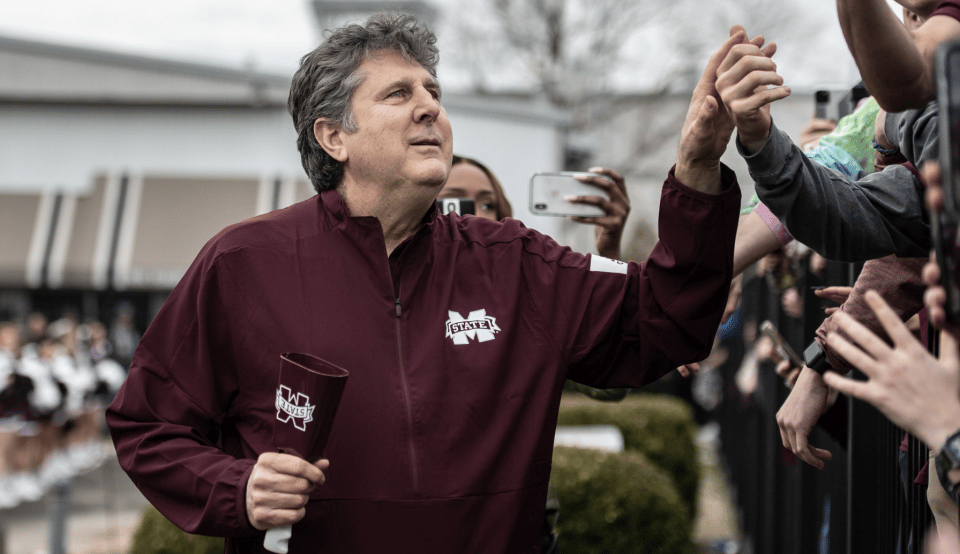 Leach, widely considered one of the most successful coaches in college football history, was airlifted to the University of Mississippi Medical Center in Jackson on Sunday after complications stemming from a heart condition.

“Mike was a giving was a giving and attentive husband, father and grandfather. He was able to participate in organ donation at UMMC as a final act of charity. We are supported and uplifted by the outpouring of love and prayers from family, friends, Mississippi State University, the hospital staff, and football fans around the world.  Thank you for sharing in the joy of our beloved husband and father’s life.”

Leach, who joined the Mississippi State program in January 2020, was one of the original masterminds behind the Air Raid offense.

The pass-heavy scheme that Leach, along with Hal Mumme, perfected during their time together at Iowa Wesleyan, Valdosta State, and Kentucky has played a vital role in what offenses across both the NCAA and the NFL look like today.

Prior to his time in Starkville, where he led the Bulldogs to three consecutive bowl game appearances, Leach served as head coach at Texas Tech (2000-2009) and Washington State (2012-2019). The two-time national coach of the year had an overall record of 158-107, missed the postseason just twice in 21 years, and broke program records at all three schools.

EDITOR’S NOTE: Mississippi State has since announced plans for a public memorial service honoring the life of Leach on Tuesday, December 20 at 1 p.m. CT inside Humphrey Coliseum in Starkville.