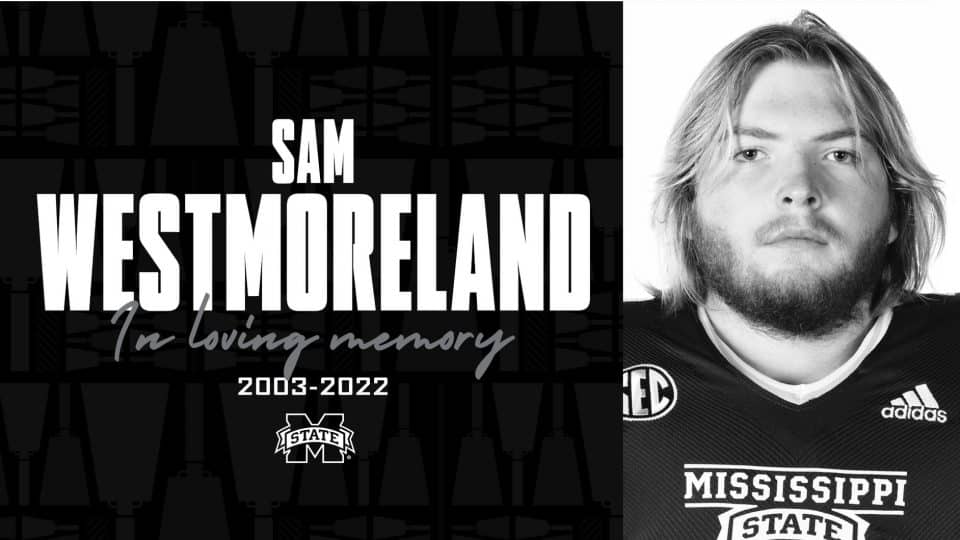 Update: A spokesperson for the Oktibbeha County Sheriff’s Office says they discovered the offensive lineman’s body after they were called out to Blackjack Missionary Baptist Church in Starkville regarding a death investigation. A cause of death was not released, but authorities do not suspect foul play.

Mississippi State University announced Wednesday that freshman offensive lineman Sam Westmoreland has passed away at the age of 18.

Westmoreland, who played at Tupelo High School before walking on in Starkville, was an industrial technology major.

“The Mississippi State Athletics Family is heartbroken by the sudden death of Sam Westmoreland,” head coach Mike Leach said. “Sam was a beloved son, brother, and teammate, and a tremendous young man with a limitless future. He will always be remembered and deeply missed by everyone who knew and loved him. The entire MSU Family mourns as our thoughts and prayers go out to the Westmoreland family. Our highest priority is the support of the Westmoreland family and our student-athletes during this troubling time.”

This story will be updated when more information becomes available.