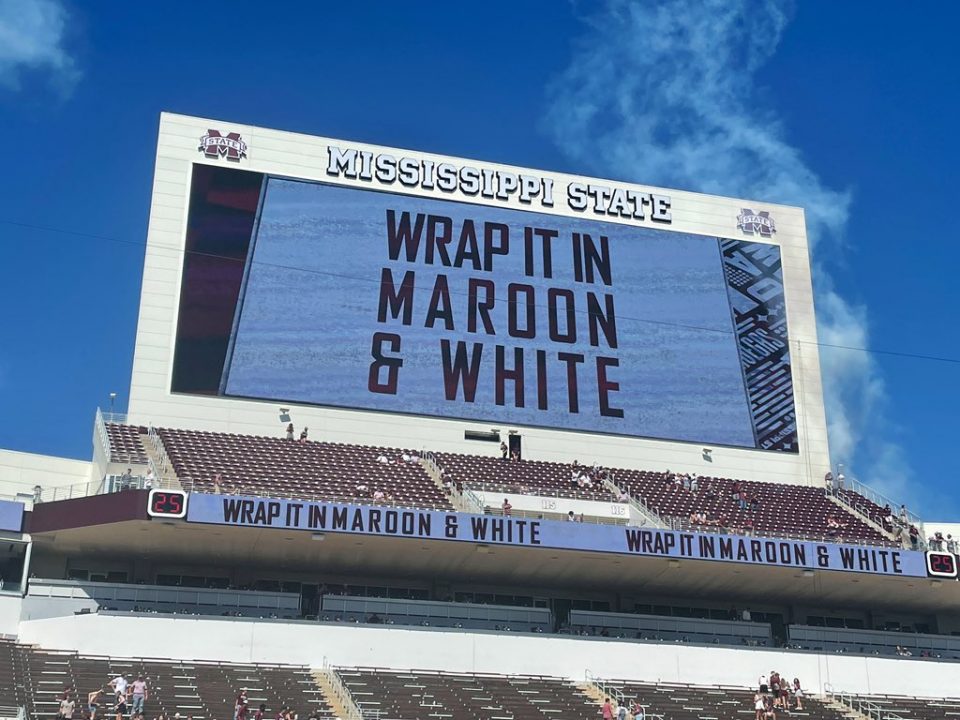 All week, the message for Mississippi State was that Saturday’s game against Bowling Green shouldn’t be much of a game at all. The Bulldogs took that seriously, running out to a 17-0 lead and never being threatened in a 45-14 cakewalk over the outmatched Falcons. Bowling Green was missing their head coach Scott Loeffler, who missed the trip with an unspecified health issue, then lost their quarterback Matt MacDonald before kickoff. It likely would not have mattered, as Will Rogers and the Air Raid offense carved up the Falcon defense for 406 yards and 6 touchdowns, 2 of which were caught by Caleb Ducking.

Already up 7-0 in the first quarter, it took Mississippi State just three plays on their second drive to find the endzone. Freshman running back Simeon Price found himself in one on one coverage, and Will Rogers found him in the end zone for a 32 yard score. Rogers connected with 12 different receivers on the afternoon, allowing five different Bulldogs to find the end zone. On the season, Rogers is well ahead of last season’s record setting pace, with 16 touchdown passes through 4 games.

State wore special throwback uniforms in this game, in recognition of former Bulldogs Frank Dowsing and Robert Bell, the first two African-Americans to play football at the university. The iconic pair’s families were honored at halftime with a framed jersey and an ovation from the crowd. In an interesting stat, Leach’s teams at MSU improved to 3-0 when wearing any special edition uniform.

A year ago, Mississippi State traveled to Texas A&M and left College Station with an upset victory over the Aggies. Next Saturday, the Bulldogs will look to avoid the same fate when they host their maroon counterparts. Kickoff is set for 3 PM on the SEC Network from Davis Wade Stadium.