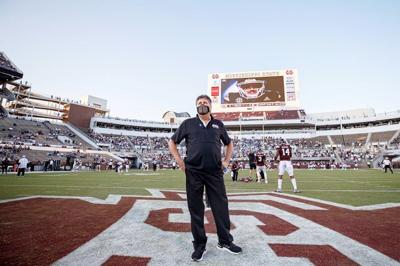 For the 11th straight season, Mississippi State will enjoy a bowl berth, landing in the Armed Forces Bowl against the 22nd ranked Tulsa Golden Hurricane.

Mississippi State finished the 2020 regular season with a 51-32 win over Missouri, bringing to an end a difficult campaign, that started with a record setting win over LSU to begin the year, then seven losses in the next eight games, including dropping the Battle for the Golden Egg in Oxford. But now a season marred by losses, opt outs, injuries, and transfers will end with postseason play.

State will take on Tulsa, who finished 6-2, losing to Oklahoma State in the regular season and to Cincinnati in the AAC Championship game. This will be the first meeting between programs, and State’s first appearance in the Armed Forces Bowl. This will be the first ever appearance by an SEC team in the bowl game, and the second straight year a Mississippi team was involved. Southern Mississippi lost to Tulane in January 2020.

The game will be played New Year’s Eve at Amon G. Carter Stadium, located in Fort Worth, TX on the campus of Texas Christian University. Kickoff time is slated for 11 AM central time.