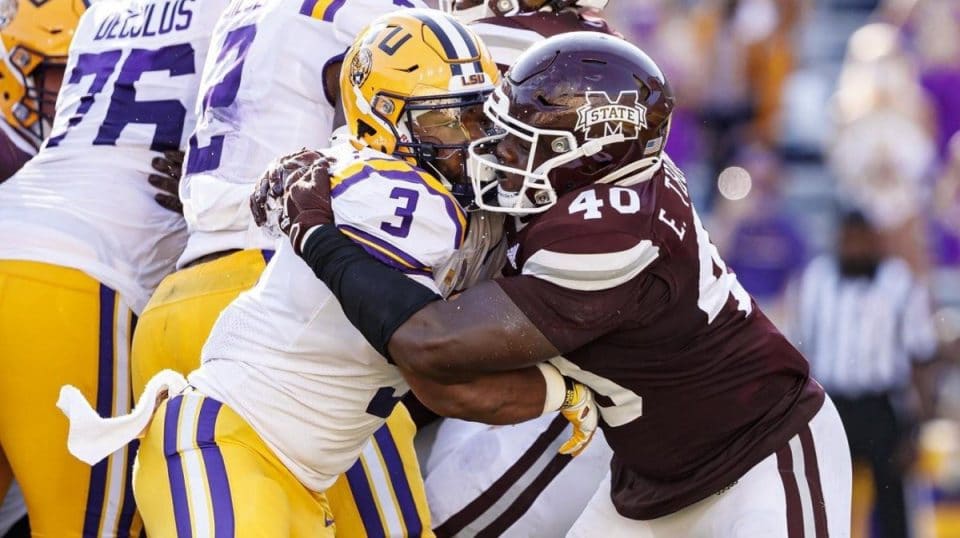 For the second time in his Mississippi State career, senior linebacker Erroll Thompson has declared for the NFL Draft.

After reversing his decision last year and deciding to return for his senior year in 2020, the leader of the Mississippi State defense has decided not to use the extra year eligibility granted by the NCAA and will instead head to the NFL.

Thompson returned to Starkville and led the Bulldogs with 96 tackles in 2020 despite being ejected from the final home game of his college career against Missouri on a questionable targeting call.

Throughout his career, the Florence, Alabama native started 40 games for the maroon and white and became became the 16th Bulldog to eclipse the 300-tackle mark.

Mississippi State Bounces Back With a Huge Comeback, Wins 78-63 Over Missouri