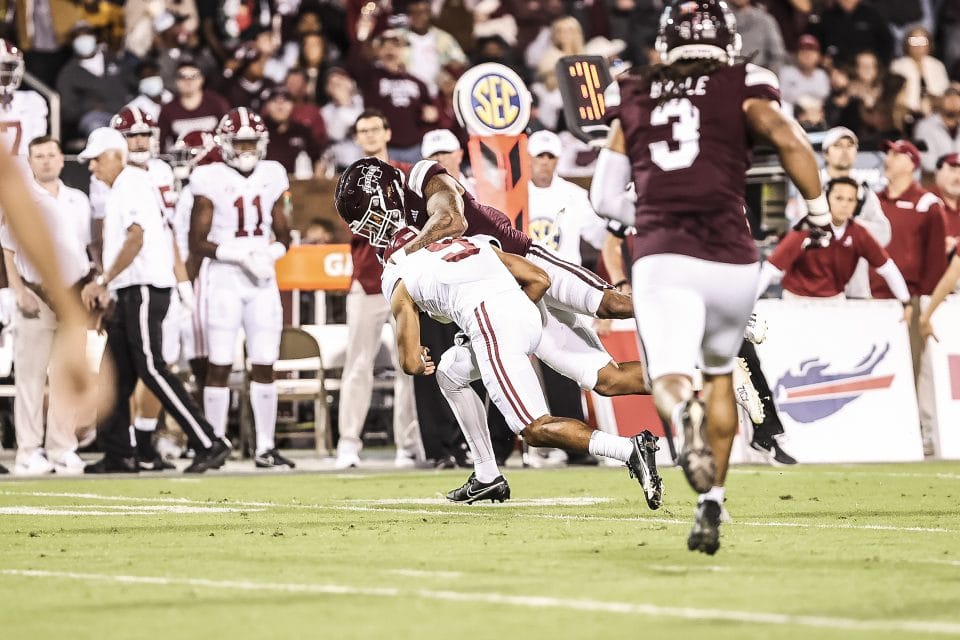 Mississippi State fans hoping to see their team even compete with Alabama on Saturday night left Davis Wade Stadium disappointed, as the Crimson Tide completely dominated every phase of the game in a 49-9 win over the Bulldogs.

The game started on the wrong foot for State, with Will Rogers throwing an interception on the opening drive. Rogers would give the Tide two more picks, including one returned for a touchdown. The Bulldogs were unable to bring pressure against Bama quarterback Bryce Young, who picked the MSU secondary apart to the tune of 20-28 for 348 yards and 4 touchdowns. Brian Robinson added two scores on the ground, as the Tide won their 14th straight in the series, holding State under double digits for the 11th time in that run.

Mississippi State falls to 3-3 on the season, and will be back in action on Saturday, hitting the road to take on Vanderbilt. That game is set for a 3 PM kickoff on the SEC Network.